Real Talk: An Apple Exec Dumped Me And Now I Have To Use A Samsung Galaxy 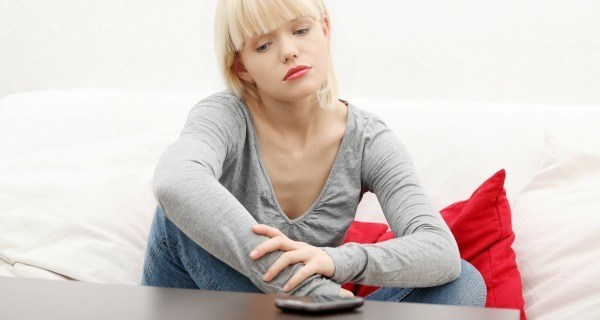 I met Randy on Sugar Daddy Dating. He was an executive at Apple, so he was obviously super rich, but that’s not what mattered to me. What mattered was how he had unlimited access to Apple products, most importantly the iPhone 6. What followed was the most amazing year of my life. So how could I have known it would end with the devastating purchase of a Samsung Galaxy Core Prime?

When I met Randy, my first thought was that he was kind of gross, which is pretty much a given with these C-suite types. Luckily, the iPhone was so sleek and sexy that it essentially cancelled Randy’s face out. We spent every waking moment together for the blissful—yet tragically limited—time we had. For a while, it was perfect.

Then, after 11 magical months of using my iPhone 6 (oh, and dating Randy), everything suddenly changed. I was watching a romantic sunset with my iOS angel, laying in the meadow by the manmade stream in Randy’s backyard, when that pathetic bastard marched up and yanked him out of my hand.

“You love this iPhone more than you love me! We’re over!” Randy yelled. Overcome, he hurled my beloved into the stream.

That was that. My one true love was gone. Dead. My iPhone 6 in his beautiful “Eat Cake for Breakfast” Kate Spade case. Submerged in freshwater and entwined in seaweed. Never to be seen again.

I wanted to move on, but just the sight of other people’s iPhones brought up painful memories. How could I ever replace the device that taught me everything I knew about love? It was too hard. Plus, since I wasn’t dating Randy anymore and my mom already used the upgrade on our family plan, I’d actually have to pay full price for it.

Eventually, I did what I had to do. I swallowed the minuscule amount of pride I had, I went into a MetroPCS, and I bought a Samsung Galaxy Core Prime with money I stole from my grandpa’s savings account.

I know, what I did was horrible and mortifying and unforgivable—trust me, I never would’ve dreamed I’d ever buy a Samsung Galaxy. But it was my only option.

My Samsung Galaxy and I have been together for almost a month now, and my quality of life has significantly decreased. I was so used to Apple’s Clock app, and I can’t figure out how to work the alarm on my Galaxy, so I’ve been sleeping late and missing tons of obligations.

When I type on the Samsung keyboard, I close my eyes and pretend I’m typing on my iPhone, so my messages are always full of typos. When I ask the Galaxy important questions like, “Where did Danny DeVito grow up?” it doesn’t tell me out loud—it directs me to Yahoo. When I take it out to play games during my boring Sugar Daddy dates, I have to play the Android versions.

This isn’t life at all. I’m just going through the motions, swiping right and left and up and down as if what I’m doing matters.

But hey, last week I ran into one of Randy’s coworkers that hit on me at the Apple holiday party while Randy was in the bathroom. He’s taking me out to dinner next week, and I can’t help but think my iPhone is sending me a message: there’s still hope that one day, I will fall in love again, maybe this time with a 6s.