Argument With Emotionally Available Boyfriend Not Going As Planned 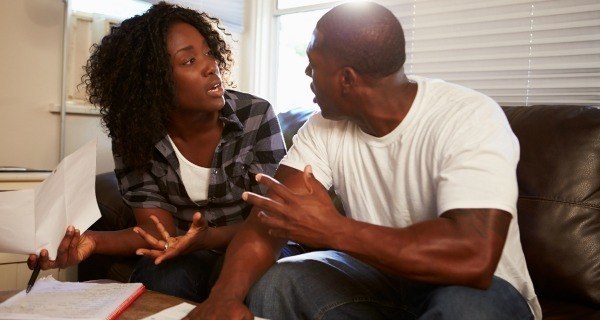 A Toledo, Ohio woman experienced an unfamiliar phenomenon on Thursday evening during an argument with her boyfriend. Being the couple’s first disagreement, the young woman was stopped in her tracks upon realizing she was battling an emotionally available man.

Camilla James, 29, met Dylan Persaud, 31, three months ago through OkCupid, and the pair has been exclusive ever since. “It had been going really well,” says James. “But now I’m realizing there’s still a lot I don’t know about this guy.”

Their first disagreement occurred when Persaud failed to recognize the couple’s three-month anniversary. “He said anniversaries are supposed to be celebrated annually, which I guess makes sense,” James says. “But my feelings were weirdly hurt anyway.”

Not sure what else to do, James decided to “just let this motherfucker have it.”

Resorting to classic fight tactics such as “passive-aggressive hinting,” “condescending questions,” and finally, “the silent treatment,” James challenged her opponent with the finesse and stamina of a skilled fighter.

“I was ready to go into straight up verbal abuse, but something wasn’t right,” James said. “He was acting eerily reasonable.”

Peppering empathetic nods with terms such as “I totally hear what you’re saying” and “You’re right—it’s not my intention that matters, but how you feel,” Persaud left James stunned, scrambling to come up with a response on her feet. “When I heard him use the word ‘communicate,’ I realized I was way out of my element’,” she said. “On top of that, there was a lot of eye contact, and Dylan didn’t even check his phone once. How am I even supposed to react to that?”

Having previously dated “a bunch of dumb assholes,” James felt ill-prepared to handle such a balanced conflict. “I’ve heard about this kind of thing happening, but most of the guys I’ve dated just go ice cold as soon as the conversation gets even remotely serious, so I was lost,” she stated.

As previous attempts at communicating her feelings to other men were often met with guarded aversion, James fully expected to express her concerns in a variety of ways, slowly increasing her volume, only to be eventually dismissed for “acting crazy.”

“I was under the impression that that’s how the game was played,” said James. “It’s almost like he’s British or something, like how football means something different over there.”

After 90 minutes of failed attempts at manipulating her new partner, James finally rescinded, but only after the pair reached an amicable conclusion. “It was so bizarre. He apologized for everything, and even listed specific, concrete ways to make sure he doesn’t repeat his mistakes,” recalled James. “Honestly, I don’t think it’s gonna work out between us. We’re just too different in a lot of ways.”