Ask A White Guy: Who Is Bernie Sanders? 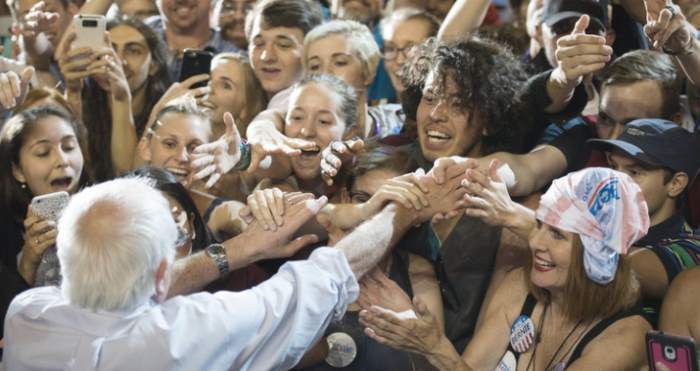 If you plan on hanging out with any white people in the next year, there’s one name you need get acquainted with: Bernie Sanders.

Bernie Sanders has been a member of Congress since 1990 as an independent Socialist and is now running to become the presidential candidate for the Democratic Party. And white people — specifically white guys in their 20s — fucking love him.

Now you may wonder why a 73 year old politician from Vermont is causing jabronis to collectively lose their shit. There are three main reasons:

1) He’s successfully run independent of political parties — and as a socialist to boot — for over 20 years, which is the political equivalent of having a sleeve tattoo and a vintage motorcycle you restored yourself.

2) He seems to quaintly actually believe in things.

3) His populist message allows white people to be critical of the state of the world without having to think of their own culpability in creating it.

In this situation, it’s paramount that you entertain the idea that Bernie Sanders has a legitimate shot at becoming the next President of the United States. Under no circumstances should you bring up Ralph Nader or Howard Dean, nor should you ask why Sanders rallies have less diversity than a Sufjan Stevens show.

Be sure to be mentally prepared for the inevitable when his candidacy flames out by indiscriminately using the phrases ‘corporate interests’ and ‘oppressive oligarchy’ in future political conversations. When the time comes, wear a heavy face and hope out loud that Ron Paul will run in 2020.