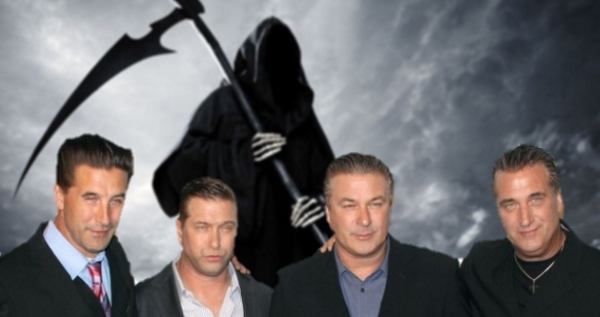 A lot of celebrities have died this year; Gary Shandling, Alan Rickman, Prince, that guy from the Eagles that didn’t do “Boys of Summer,” and yet somehow with all of the talent we’ve lost in 2016 we haven’t lost a single, solitary Baldwin.

How is that possible? I mean, they took an Arquette (rest in peace), you would think with the law of averages and all that that one of the Baldwins would have kicked the bucket by now, but no!

I’m not saying that it should be Alec – he’s a national treasure, I get that – but Stephan, Billy, Daniel, I mean these guys are all ripe for the picking. Be honest, would you even miss Daniel Baldwin if he was gone? What about Billy, would the death of Billy Baldwin negatively impact your life in any way? Could you even pick Billy Baldwin out of a lineup? I rest my case.

What is Death waiting for? Is he keeping Daniel Baldwin alive just in case John Carpenter wants to make a John Carpenter’s Vampires 2? Is the Grim Reaper saving William Baldwin because he’s a fan Fair Game?

We lost David Bowie this year – DAVID FUCKING BOWIE – is dead, gone, six feet under, nothing but worm food, and yet Stephen Baldwin is walking around out there somewhere. Let that sink in. Stephen Baldwin – star of The Flintstones: Viva Rock Vegas – is dicking around, stealing oxygen, feeding a brain that is damaged enough to actually take a role in fucking Bio-Dome, while Ziggy Stardust is rotting in a pine box.

Shit, I’d trade Stephen Baldwin just for the guy who played R2D2. I’d trade him to get the dwarf that played ALF back!

Look, I don’t have any sort of personal vendetta against any of the Baldwins (except for Kim Basinger, she knows what she did), but it’s not really fair that ALL of them get to continue living while comedy legend Gene Wilder is pushing up daisies. At this point I’d even accept the death of Adam Baldwin, I mean Firefly is never coming back, sorry nerds. Also, he’s a republican.

I’m honestly kind of concerned that until a Baldwin or three is sacrificed, we’ll continue to lose the legends who actually had some sort of impact on culture and the arts.

If any deity – God, Jewish God, Ganesh – is reading this, It’s time you did something about this glaring oversight in Baldwin extermination. I don’t care which probably-non-existent-supernatural-entity-that-I’ll-still-pray-to-on-my-deathbed-because-I’m-not taking-any-chances does it, but someone needs to take one of the B-boys out and it needs to happen soon. 2016 is almost over and it would make such a nice Holiday gift to wake up on the 25th, check my Facebook while ignoring my anxious children, and read “Private Jet Carrying All Four Baldwin Brothers Crashes Into Side Of Mountain.” What better way to send-off this dumpster fire of a year?

Merry Christmas to me and a happy Baldwin-less New Year!