Political Correctness Win! Genie In Aladdin Remake To Be Played By Bashar Al-Assad 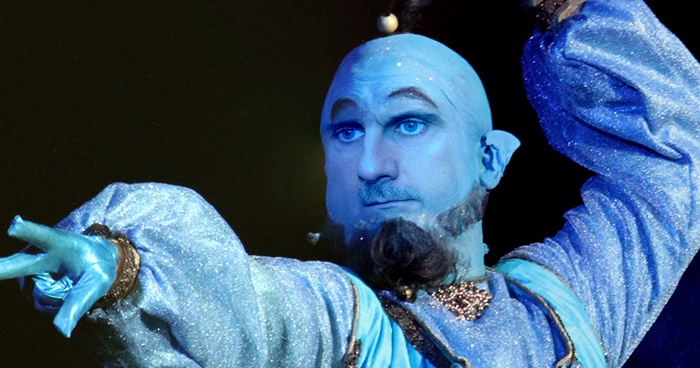 Addressing concerns of “whitewashing”, Disney made a bold statement Wednesday by announcing the casting of Syrian President Bashar al-Assad as the Genie, a role made famous by the deceased Robin Williams, in the new Aladdin remake.

“We’re committed to not repeating the mistakes of last fall,” Disney president Bob Iger stated, referring to criticism the cinema giant received when reports leaked that the live-action Mulan remake would feature a white male lead. “Aladdin is one of the most prominent tales of Middle Eastern lore. Plus, we needed a big personality to fill Robin’s shoes. Bashar was the logical pick.”

Assad’s acceptance of the role did not come without some stipulations. “Ugh, his insistence on creative input has bogged things down,” director Guy Ritchie admitted. “He keeps asking things like ‘why can’t the Genie drive a really cool car?’, ‘can parrots really talk?’, and ‘why doesn’t the Genie just gas Jafar to death?'”

“He’s mentioned the last one a few times,” Ritchie said, staring off into the void. “At first, I thought that was just his sense of humor, but now…”

Assad’s co-stars have also labeled him as difficult to work with. “He just improvises without warning,” complained co-star Aziz Ansari, who will play Abu.

“During ‘Friend Like Me’ he keeps going on tangents. ‘You seriously haven’t had a friend like me. Anyone who says otherwise is an infidel and shall be smited by the prophet.’ It’s so annoying. Then, during ‘Prince Ali’, he inserted his own name throughout. I’m not saying don’t come see the movie, but if you’re not OK with the new lyrics ‘Price Assad, basically God, who is Aladdin?’ don’t come see the movie.”

Assad’s previous acting experience is sparse. He played “War Criminal #3” on an episode of Law and Order, and had a cameo on Full House as Uncle Adnan, Danny Tanner’s long-lost Syrian brother who lost his wealth investing in barrel bombs and teaches the family about the importance of spending wisely.

Theatrical release is expected sometime early next year, with Zac Efron slated to play Aladdin, and Kate Upton as Jasmine.