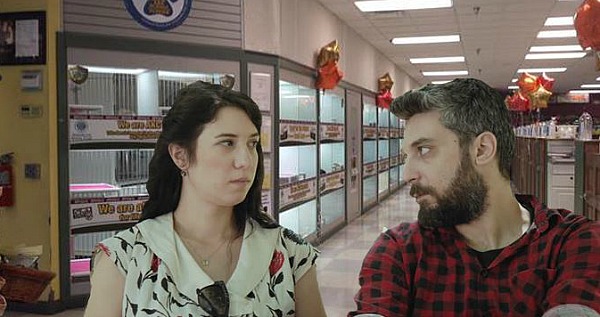 Distressed girlfriend and Pittsburgh resident Lauren Montgomery was reportedly “sorry to hear it” but also surprised to learn that someone was able to convince her boyfriend to kill himself.

“I mean it’s tragic and it’s awful, but I can hardly get my boyfriend to adopt a cat with me let alone take the drastic step to end his life,” she said.

While talking to reporters yesterday, Montgomery was admittedly perplexed by the situation, which led her to question the loyalty of her own partner to their relationship.

“I get it that a cat is a huge commitment, like 12-15 years or something, but I can’t even get him to do simple things like rinse excess food from dinner plates before loading them in the dishwasher,” she stated. “I mean it takes, what, one second to rinse the plates off? It just seems like way more of a commitment to completely end your existence because of prodding from your girlfriend, that’s all I’m saying.”

The computer programmer went on to complain that her boyfriend, 25-year-old Trent Cassender, is not even easily convinced to do things that he likes, an accusation that Cassender defends.

“It just feels like she’s suffocating me,” he explained. “Even if it’s something I want to do I don’t want to be told to do it, ya know?”

Sarah Besinger, a friend of the couple, was able to shed some light on the situation.

“Trent is actually allergic to cats, and I know Lauren thinks it’s crazy that some girlfriends can get their boyfriends to literally like, kill themselves, but the ironic thing is that a cat actually could kill him if he’s not careful,” she said. “Honestly, I can’t believe they’re even still together.”

Recent reports show a little movement on the situation, with Cassender now saying that when he “really thinks about it, though,” he is more likely to get a cat then end his life.