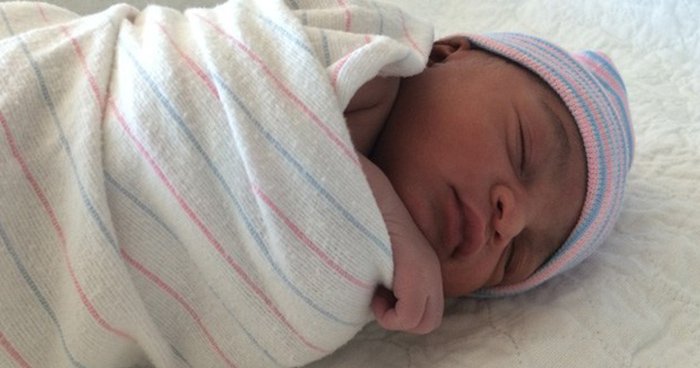 Local infant Tanaysha Green is making waves as of 4:36 AM this morning when she was born topless at Moses Taylor Hospital. According to doctors, “[they] haven’t seen, anything like this in the area since medical records began.” Local activist groups and politicians alike are trying to ascribe meaning to the brazen statement made early this morning.

Susan Birch of the Feminist Majority Foundation of Scranton remarked, “it’s nice to see our young women really taking a stand at such a young age…even though she’s barely cognizant of what reality is, Ms. Green is still willing to stand up for a just cause.” She continued, “Just because you don’t yet have object permanence doesn’t mean you can’t understand objectification.”

Many state politicians aren’t as thrilled about the recent display. Republican Senator Pat Toomey voiced his concern at a ribbon cutting today saying, “while it might not seem like a big deal at first, I would question the judgment of Tanaysha and her parents.” The Senator went further, continuing, “imagine if there were other babies around to see this display of infant nudity, how do you explain that to your children?”

Sources from within the hospital room say that Tanaysha went even further than just entering the world topless. A nurse that was present during the birth claimed that not only was the infant topless but that, “her vagina was purposefully and blatantly out in the open for anyone to see.”

Tanaysha Green has inspired her own hashtag, #ToplessTot, which has been going viral since her birth was first reported. Some on Twitter are now noting that not only did Tanaysha come out of her mother topless, but also black, leaving many on social media questioning what her motivation was behind both choices. Tanaysha herself has yet to comment on the situation.