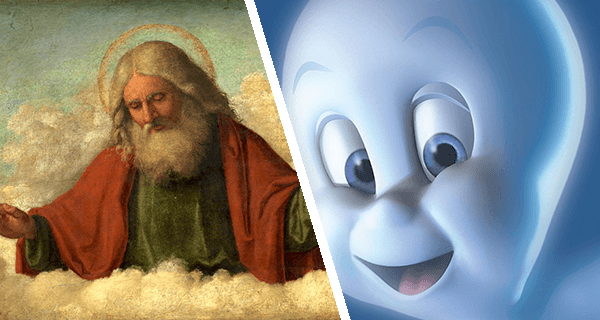 It happens every year: Halloween rolls around and all of a sudden the kids can’t stop talking about a certain “friendly” ghost named “Casper.” If you’re like me, this really gets your goat. Casper is not a friendly ghost. The only friendly ghost is in fact the Lord, our God, the Holy Ghost who loves all and is vengeful towards those who disobey.

The youth of today must stop their incessant worship of this so-called “friendly” demon, who has appeared in films as recently as 1998! Casper’s sinister black eyes and pointy nub nose are as dangerous as they are enticing — a false idol leading our impressionable children astray.

Was Casper born of a virgin? Did Casper ever heal the sick, bring sight to the blind, or raise Lazarus from the dead? Did Casper ever flood the earth, smite Sodom in hellfire, and turn a woman to salt? No. These are the acts of the friendliest ghost of all: the Holy Ghost.

Need more proof that God is better than the terrible Casper? We know Casper from a cartoon invented decades ago by a man named Joe Oriolo. We know about the Lord through a little book called The Bible, written by — you guessed it — God.

With this, I implore you to stop paying mind to any cartoon ghosts, ghouls, or goblins this Halloween. We need to step back and think about the true meaning of Halloween: worshipping and remembering Christ.

The only real treat is the word of God — no tricks here!