Chuck E. Cheese’s Scrap Band To Modernize, Not To Deter Furries From Fucking Them 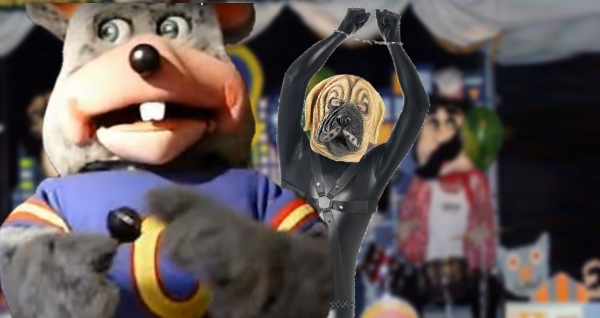 CEC Entertainment, owners of the popular Chuck E. Cheese’s restaurant franchise, recently announced plans to remove the animatronic characters from most of the brand’s locations in an effort to modernize.

Along with the announcement came CEC’s assurance that the removal of said animatronics was in no way motivated by any sort of sexual misconduct, despite absolutely no one implying that it was.

“We are definitely not getting rid of all of our animatronic characters because people keep breaking into our restaurants after we close and fucking them,” said CEC executive Tom Laverton in a statement given to various news outlets, none of which had accused the chain of any such thing.

“Even though the repeated exposure of our robot’s internal circuitry to semen or other bodily fluids would require frequent and costly repairs that if left unchecked would quickly lead to bankruptcy, it’s not a problem we’ve ever had to contend with, since, you know, no one is fucking our animatronics,” he added. “Never happened, not once. No more questions.”

Laverton then insisted on describing, in depth, exactly what sort of molestation each mechanical puppet at Chuck E. Cheese’s “absolutely was not” suffering on a nightly basis, despite never having received any inquiries on the subject whatsoever.

“Look, none of our managers have ever come into work first thing in the morning and found Mr. Munch with his purple fur sticky and matted and his mouth full of baby batter,” said Laverton. “Not a single Helen Henny has ever had to have its feathers dry-cleaned to remove a strong vulvaular [sic] or whatever smell, just like Chuck E. Cheese himself has never been sodomized with one of those cheap mouse-shaped pencil toppers from the prize counter. Anyone who suggests anything to the contrary is rotten and dishonest.”

“As for Pasqually P. Pieplate, just because that hat of his comes off doesn’t mean that some sick bastard has ever shit in it and then smeared the shit all over Jasper T. Jowls’ face,” continued Laverton, “Not to mention, Jasper is a dog and Pasqually is supposed to be a human so that adds another layer of ‘ick’ to the whole thing, or would if it was a thing that had ever happened, which it is not.”

In addition to explaining that no deviant sexual acts involving metal skeletons draped in fake fur had ever taken place inside a Chuck E. Cheese’s location after hours, Laverton also denied that 40 percent of CEC’s business came from self described “furries” looking to “dry hump an oversized rat without shelling out the big bucks for Disney,” and claimed that the company was replacing its animatronics with costumed performers solely because children prefer them and not because the actors can actively turn down unwanted sexual advances.

“Okay, the switch may also have a tiny bit to do with a ten-year-old who allegedly got a herpes sore on his lip after playing near the Mr. Munch at the Chuck E. Cheese’s in Methuen Massachusetts,” Laverton admitted. “He probably caught it from another 5th grader — modern elementary schools are a hotbed for STDS — but we’re not taking any chances.”