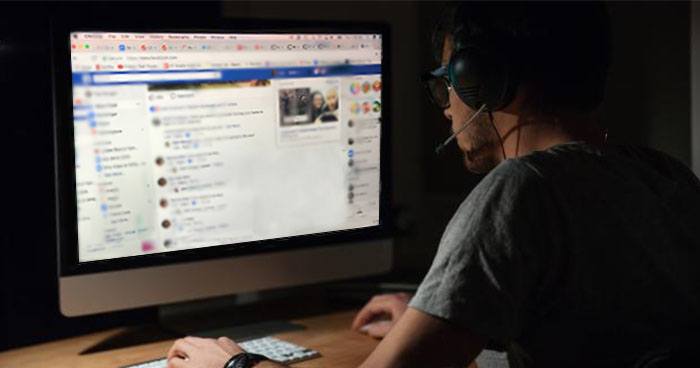 Courageous local man Brian Keller took a break from his 7th straight hour of playing Call of Duty to instead play Devil’s Advocate on his female friend’s Facebook status regarding a topic that does not impact his life in the slightest.

“I had been playing for a while, just blasting away those egghead Germans, when I noticed Shelby’s status about some creep bothering her on the bus,” Keller explained. “I immediately knew I needed to inform her that she should be flattered by the man’s compliments — I don’t think she had considered that angle, yet. I think it’s important to remind ladies that there are other sides to a situation.”

According to Shelby’s other friends, this is not the first time that Keller has valiantly risked his social life to defend a belief that he, himself, does not particularly hold.

“Ugh, yeah, I remember that guy,” Shelby’s friend, Rachel Ford, said, rolling her eyes. “A few months ago, Shelby had posted an article about harassment in the workplace. This dude, Bryce? Ben? Whatever his name is. He was just saying the dumbest stuff like, ‘Well, women say crass things too, you know’,’ and ‘Did you know that men are abused by their partners as well?’ Like, please go back to playing Super Smashbros in your studio apartment.”

The game of devil’s advocate lasted approximately 43 minutes on Shelby’s Facebook page, with Keller heroically debating the sides of an issue that he has not, and will never experience. While no physical injuries were reported, several people involved in the status experienced intense emotional side effects.

“I was already really worked up about my commute this morning and this just made everything worse,” Shebly said. “Brian will never know how frustrating and scary it is to have a stranger follow you for blocks and say creepy shit to you. Not just because he’s a man, but because he’s just home all the time playing his stupid video games.”