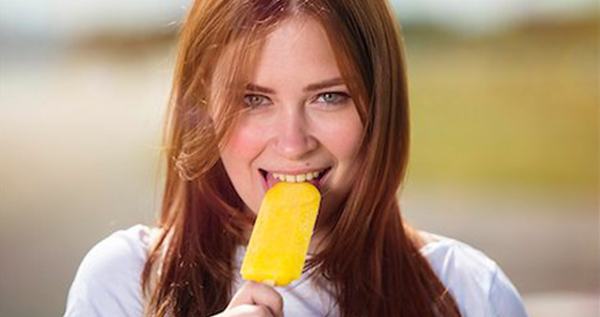 The other night I was eating a 100% fruit popsicle while scrolling through my phone. It wasn’t until I had finished licking every last drop of juice off the popsicle stick that I realized I was streaming myself live on Facebook.

At first, I was mortified. I had been working on that popsicle for at least fifteen minutes, enjoying the exciting texture of real strawberry chunks. Naturally, I was forced to consider how I could change my identity.

Perhaps this was the motivation I needed to move to Iowa and open the candle shop I had always dreamed about! Developing my own secret soy-based formula, greeting customers by saying “Need a light?” But this wax-based fantasy came to a halt when I noticed the response to the video.

Nine different guys had liked my post. I had gotten five, surprisingly polite, direct messages, all along the lines of “We should hang out if you’re interested.” I was shocked, and my confidence soared! It didn’t stop there either. People must have shared the video with friends and internet strangers because days after the popsicle-event I was still receiving new messages; I still haven’t found a place for all the anonymous flowers I’ve received.

After years of trying to buy the right clothes or flirt the right way, this was the most attention I had ever received from men. Who would have thought all I’d have to do was stream myself licking an additive-free fruit pop on Facebook?

I had a lot of first dates at ice cream parlors. But many of them were normal, and, dare I say, enjoyable? Bowling, five-course dinners, baseball games; I went on date after date trying to determine who was the right man for me.

It turns out, there wasn’t just one; there were three. Three men, all vastly different besides their interest in organic frozen fruit items, are now my boyfriends. Grant, a fireman from Rhode Island; Stuart, a chemical engineer from Wisconsin; and Arnold, a fashion designer from New York. They each challenge me in different ways and push me to be the best I can. Who could have imagined that a simple interest in freezepops could unite four separate souls in such a profound way?

I’m still amazed that what I thought was social suicide turned out to be the best mistake of my life. Just months ago I was contemplating dying my hair blonde and picking up a Midwestern accent, and now my life overfloweth with love.

I encourage everyone to give fate a chance and leave their Facebook open at all times. Look at me! I’m happier than I’ve ever been, all thanks to good timing, big thumbs, and locally-produced fruit pops.