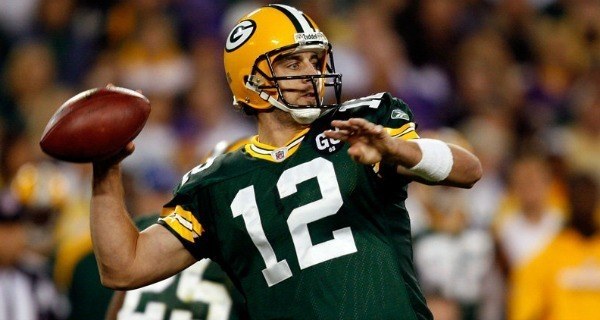 Now that we’re past the quarter pole of the fantasy season, we’ve realized once again that Aaron Rodgers is really fucking good at playing football. Like, head and shoulders above everyone else. The dude scores a fuckton of points every single week, so we’re cutting through the bullshit and advising to just play Aaron Rodgers for every fucking position.

So yeah, just go ahead and drop everyone else. Or move them all to the bench. We don’t know, do whatever, it doesn’t fucking matter. As long as your roster is cleared, and herculean prince Aaron Rodgers is playing every position, you will win the fuck out of your Week 5 game.

Seriously, quit putting up with everyone else in the NFL, floundering like little babies in oversized helmets each game, barely able to scrape 10 points together. Look, here are how many points Aaron Rodgers has scored in the past few weeks, playing only one position:

And here are how many points Aaron Rodgers would’ve scored in the past few weeks, playing fuckin’ every position:

The math fucking speaks for itself. You’ll break the fuck out of your fantasy app with points like that! Starting Aaron Rodgers at every position will transform you into the Aaron Rodgers of your fantasy football league: winning every game and impressing everyone who knows you. Listen to us, this is not a “projection.” This is a fucking certainty.

Here are some more unfuckwithable insights to further help you select your all-Aaron Rodgers team:

Start in every league: Aaron Rodgers (for every position).
Start if you’re desperate: A sick, injured, or fatally shot Aaron Rodgers (unlikely).
Bench: Every other football player.