Patronizing Friend Loves How Heated Other Friend Is Getting About This 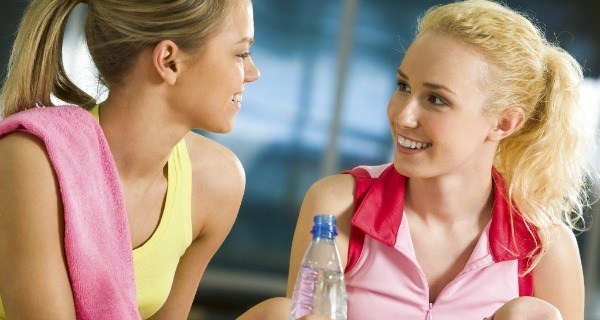 Longtime friends Mia Ruiz and Jackie Trask found themselves unable to connect over a discussion concerning a mutual friend when Trask patronizingly noted that she “loved how heated” Ruiz was getting about the topic.

The debate concerning their mutual friend Jess had started out lightly. Ruiz claims she had intended to seek out advice from Trask regarding “how Jess is always late to everything, and it’s starting to get really irritating.”

“I kind of just need a sympathetic ear right now. I mean, Jess is my roommate, so the situation is really complicated,” lamented Ruiz. “But when I expressed that to Jackie, she just said ‘I think it’s absolutely adorable how much you care.’”

Sources sitting close to the pair at the local coffee shop reported that Ruiz then followed up by revealing that Jess had recently been late to the intervention they staged for a friend with a drinking problem, to which Trask responded, “Ugh I mean, honestly, if you can’t handle your liquor, get that shit under control.” She then continued her thought. “Truthfully? I really feel like you’re just enabling her.”

Ruiz recounted it was at that point she began to wonder if Trask even knew what they were talking about.

Though Ruiz tried to keep the conversation going, it was abruptly interrupted when Trask stood up halfway through Ruiz’s sentence to go to the bathroom. She did, however, ask if Ruiz “had been saying something” when she returned.

Ruiz attempted to plow on, noting that Jess had forced their entire friend group to miss the Star Wars premiere because she “had all the tickets and arrived a half hour late,” to which Trask remarked, “I’m just super glad I’m here for you to talk to since your pathological fear of confrontation keeps you from talking to Jess herself.”

When Ruiz noted that she wasn’t afraid to talk to Jess, but merely didn’t want to cause an issue in the apartment, Trask responded with a thoughtful 35-minute-long personal anecdote about her freshman year roommate’s boyfriend.

Ruiz eventually confessed that Jess’s behavior “makes me feel like my best friend doesn’t even care about me enough to show up to the premiere of my show, which just makes me feel so sad.”

Trask helpfully reflected, “This is why I’ve worked so hard to be at a place where I can solve problems like an adult.”

When Ruiz asked Trask what she thought she should do about the situation—which she admitted at this point was causing her great personal distress to the point of depression—Trask said, “I wish I was still naive enough to care about what other people thought of me.”

Ruiz, however, remains hopeful that Trask will respond eventually, hopefully whenever she finishes scrolling through Instagram.