Which Friends Cast Member Is Most Likely To Die First Besides Matthew Perry? 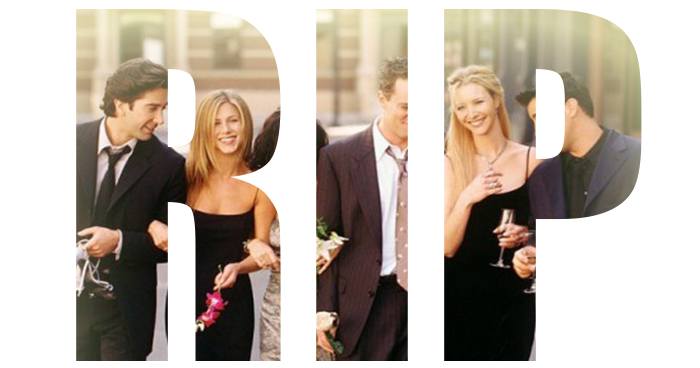 We view them as our actual friends. Jennifer, Courteney, Lisa, Matt, Matthew and David. We know more about their fictional lives, and even real lives, than we do about the people close to us. We watched them fall in love, experience heartbreak and grow up right before our eyes. From from September 22, 1994 until May 6, 2004, they were “must see” TV. But who the hell is going to die first, besides obviously Matthew Perry?

The country — if it’s still standing by that point — might shut down. The tributes will be heartbreaking and abundant. The front steps of every coffee house named Central Perk will be covered in flowers. It will be breaking news that disrupts day time talk shows, soap operas or whatever the Russians eventually replace it with.

Like, after Matthew Perry dies in the next couple years or weeks.

So, uh, who do you think goes first? Besides Matthew Perry. It’s obviously going to be Matthew Perry, but like after he kicks the bucket, who goes next? Oh stop, you think it’ll be Perry too. Come on, be honest, if someone came up to you today and said “Matthew Perry died” you’d have to feign surprise. There would be no Schwimmer tears rolling down your cheeks.

Kudrow and Cox are the oldest and second oldest respectively, but both are women and women always live longer than men. Plus, Cox was married to David Arquette so God will probably be like “you know what, you suffered for a while, here’s ten extra years on the house.”

Aniston is only 48 and still looks 27. She’s going to live forever. She’ll be one of those celebrities that everyone thinks is dead but is really 98 and living in a chateau in Provence and raising goats that assist autistic kids.

Schwimmer is the oldest guy in the cast followed by LeBlanc and then Perry but Perry will be dead so Joey and Ross are going to be fighting out to see who makes it to the 50 year reunion segment on The Today Show. It’ll be the three women, Ross, the twins that played Ross’s son (the kid that magically disappeared in the later seasons and doesn’t get mentioned AT ALL) and Gunther.

I’m not saying Matthew Perry is definitely going to die first, but the man has had a celebrity death hoax.

He’s led the hardest life (not counting being married to David Arquette) and did a substantial amount of drugs. He did so many drugs he doesn’t remember 3 YEARS OF DOING THE SHOW. That’s quite a bender. It takes a toll on the body. At one point it looked like he wasn’t going to live long while the show was on the air. The fact that he’s still breathing and working in 2017 is like playing with house money.

So I’m thinking this will be the “checking out” order, after Matthew Perry of course.

1. Probably LeBlanc
2. Kudrow by some freak accident
3. Schwimmer
4. Aniston after a goat accidentally nudges her off a cliff
5. Cox

Of course, there’s also the strong possibility that Matthew Perry pulls a Keith Richards and lives to be 150. In that case, LeBlanc goes first. It’s retribution for the sandwich.