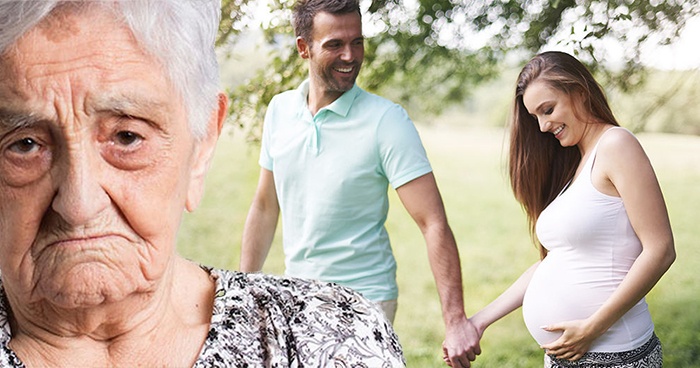 Local Grandmother Rose Marasello surprised family members this weekend when it became clear yet again that the 96-year-old Alzheimer’s sufferer – who still thinks her husband is alive – somehow never forgets her grandson married a woman of the Jewish faith. The bizarre anomaly was noticed first by her 62-year-old son Tom on the way to a family gathering.

“When I got her in the car she must have thought we were going on a trip, cause she was asking if we’d make it to the airport on time. It was pretty much the usual stuff,” said Marasello. “Called me by my uncle’s name, asked if we could stop at a nail salon she used to go to fifty years ago, stuff like that.”

But as Marasello continued to drive to the restaurant his niece had picked for her birthday dinner, the family matriarch began asking if “Justin was still married to that Jew.”

“I was pretty surprised. She couldn’t tell you what year it is, she always thinks Dad is at the store and he’ll be back any minute, but the fact that Justin married Rachel never has left her mind,” said Marasello. “On the one hand, it’s nice to see those little moments of clarity. On the other hand, I feel bad for Rachel.”

As the family was seated at their table, the elder Marasello asked the group what they thought of President Kennedy and repeatedly called her daughter by her deceased sister’s name. Then as her sights turned to granddaughter-in-law Rachel Braverman, the confusion began to lift away, if only momentarily.

“She started with the usual glowering,” said Braverman. “And when I politely asked her how she’s doing and complimented her hair, she shook her head and loudly told Justin that it’s not too late to get ‘a nice girl who isn’t after his money.'” Braverman – who is seven months pregnant – has also had to endure her grandmother-in-law repeatedly warning Justin that Rachel “Will try to cut off the boy’s penis when he’s born.”

“It’s crazy,” Braverman continued. “I’ve seen her watch ‘The Golden Girls’ and ask how her and her sisters got on the television, I’ve heard her ask Justin’s brother Brian when he ‘ships out to the Orient,’ but the fact that I’m Jewish has been firm in her mind since the moment I met her.”

Although she wishes her relationship with her husbands’s grandmother wasn’t so tumultuous, Braverman has no hard feelings towards the woman.

“I am kind of impressed that even a close mind like hers can have it’s moments,” said Braverman. “And hey, when her time does come, and she’s in that hospital bed, I’ll be there to hold her hand, despite everything. And I’ll look her in the eye, smile, and tell her that her other grand-daughter is dating a black guy she met at college. Sleep on that, you old bitch.”