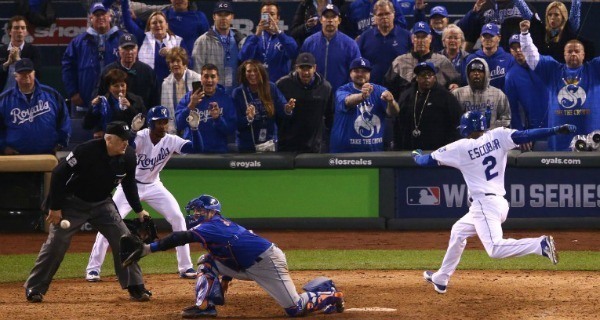 Like most people, I tune in to the Little League World Series every August, so naturally I was caught off-guard when rumors started circulating about a different World Series this year, in October, of all times. Curiosity well and truly piqued, I put on my journalistic hat and began to investigate this other World Series I’d been hearing about. A few weeks of research later, I uncovered the truth. Are you prepared to have your mind blown? There’s a whole GROWNUP Little League out there!

It’s okay, we were shocked too. It turns out, hundreds of grownups continue playing the popular sport of Little League after high school, and it’s built up enough of a fan base that they even film some games and air them on TV. Don’t bother flipping through your usual local access channels though – you can only find them on some special interest channel called “ESPN.”

The game itself is similar in most respects to regular Little League, but with a few notable changes. Firstly, the players – who wear adorable, full adult size versions of normal Little League uniforms! – play in a field far larger than any standard Little League field, up to four times larger, in fact (can you imagine a Little League field that big?) And if you’re wondering why you’ve never seen one, the answer is simple: They hide them inside very large, roofless buildings, with their location known only to the players and their handful of diehard fans.

Talking of fans, here’s where things get downright spooky. The people who go to see these games have no personal relationship with the players. That’s right: The seats are filled not with parents or siblings, but complete strangers with no social obligations to the players whatsoever, who just want to watch people playing Little League!

We’ll be bringing you updates on this story as it develops, but the implications are staggering: If the sport grows big enough, it’s possible that fans might go as far as to pay actual money to watch games, and even, should the fan bases grow large enough, that some people may end up playing Little League professionally. According to our in-house experts, in fact, some players may one day be able to make double minimum wage – just for playing Little League!

Frankly, our minds are blown. Welcome to the 21st Century, folks: A time when anything is possible. Who knows, maybe one day we’ll see something really crazy, like an all-male version of the WNBA!