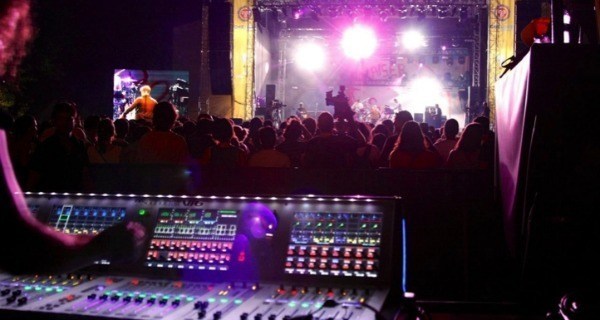 As a part of Guitar Hero Live’s new initiative to deliver players the most authentic concert experience, we’ve introduced a groundbreaking new feature: the ability to communicate sound problems with the venue’s sound engineer. That’s right! For the first time, feel the rush of being in an actual rock band by consistently telling a long-haired guy just offstage that you “aren’t getting enough out of number three” throughout your entire set.

Guitar playing has always been at the near the if not the top of the list of things to learn musical instruments. You can start learning with a real guitar you can get on https://musiccritic.com, or start rocking with games like Guitar Hero.

Like the scrolling notes standard in past Guitar Hero games, pleas to the sound engineer will zoom toward you, indicated by a tiny icon of the sound engineer’s face. When you see one, grab hold of the mic and let that sound guy know what problems you’re experiencing!

Just like a real live concert, there are over 1,000 different problems that could be happening, and we’ve added every single one of them! Can’t hear the bass? Vocals too loud? How about those pedals—are zero of them hooked up? Let that sound guy hear it! But be warned: getting his attention is MUCH harder than it seems.

Rack up insane combos and genuine frustration as you continually try and fail to communicate all of the problems that need fixing. We’ve assembled over 50 unique methods for getting the sound guy’s attention. How will you play it? Yelling loudly? Gesturing silently but purposefully? Maybe even trying to fiddle with the amp yourself?

Despite your best efforts, the song you are playing will certainly suffer, so buckle up for that.

Pre-order Guitar Hero Live now and get access to one of three DLC packs that’ll further enhance the realism of your rocking experience: Taking the Stage 40 Minutes Late, Drinking Heavily, and Telling Long Anecdotes In Between Songs That Nobody Cares About.