This is part three of the The Gumshoe Diary

Jane Archer entered the diner like a princess gracing a second-hand toilet store, and I couldn’t help but enjoy the envious looks I got as she approached my table.

I offered her my lap, but Jane was a modern woman, accustomed to having her very own seat. So without so much as a curtsy, she pulled up a chair to rest her tight, brassy buns and got down to business. 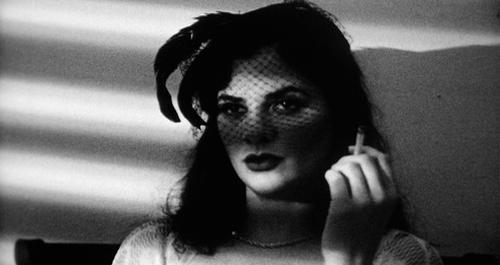 “So what can you tell me about my husband?”

This wouldn’t be easy.

“Mrs. Archer, are you sitting down?”

I checked under the table to confirm this before launching into what can only be described as a description.

“Ma’am, I won’t sugarcoat this. Your late husband was born on June 27th, 1979, to the owners of a struggling antique shop in Queens. By all accounts, the man showed great promise as a newborn. But he proved to be an unremarkable student in preschool, and he continued to perform without merit in kindergarten. Fast-forward 30 years, and here we are today. I hope this provides some closure.”

I gave her a moment to let that sink in.

“Well, I believe you know the rest. He got murdered.”

It was painful to see her cry, so I walked to the men’s room and came back with a comforting square of toilet paper to dry her eyes. Once she recovered, I did my best to explain that her husband’s death, no matter how tragic, was a golden opportunity.

“Look, Mrs. Archer. No amount of investigating can bring back your husband. But we can honor his memory by forgetting about him and moving on. Now, God knows I’m not a wealthy man. I’m still trying to pay off my student loan from when I borrowed $400 from a college student. But given the chance, I’d make a hell of a good husband.”

I gave her a moment to let that stink in.

“You know what? All I’ve learned here is that you’re no detective. In fact, I’m not even sure you qualify as a person.”

And at that, she stormed out, leaving me with nothing but the sound of her buttocks squeaking as they rubbed together like a pair of birthday balloons.

It didn’t take a private dicktective to see that I’d blown it. But as I walked back to my office, I did my best to focus on the positive.

Sure, I only had a dollar to my name, but that meant the whole world was my Dollar Store. And while I was out of whiskey, I still had half a bottle of 54-proof mouthwash in the bathroom.

Everything was looking up. But as soon as I opened my office door, some bastard kicked me square in the circles.

And that’s when I realized I had company.

“Look,” I puked, “if this is about the sandwiches, tell Farid I’ll have his money by Friday!”

I still owed my corner deli $11 for a couple of sandwiches I’d bought on store credit.

“We’re not here to collect your lunch money, gumshoe. Hand over Archer’s statue, or I’ll shoot!”

Gumshoe. That word. It was shocking to hear it used so freely as a derogatory slur in 2015. In fact, nowadays, hearing it was unheard of. Was society moving backwards, or–

CONTINUED in The Day-Off Dame Pt 4