This is part four of the The Gumshoe Diary 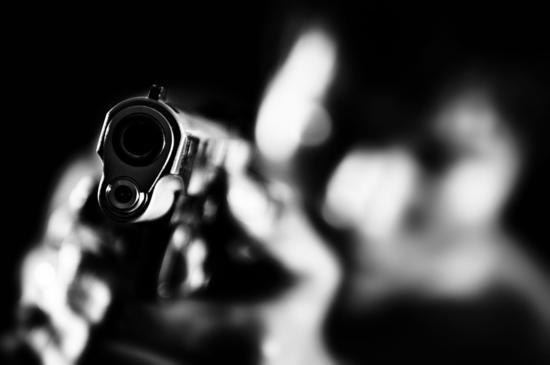 I hit the floor like a sack of hot sandwiches.

“Kirby, that was supposed to be a warning shot!”

The bullet blew a sizable chunk off of my right ear, but luckily I still had full use of my wrong ear. As the gun smoke cleared, I got up and took a bad, long look at my uninvited guests.

Kirby was a seven-foot stack of muscle meat, and Ron was a pint-sized pissant who called all the shots, even the warning ones.

“We know you’re working for Archer’s widow, gumshoe. Hand over the statue and we’ll let you off easy.”

I had no idea what he was jawing about, and I told him as much.

But I wasn’t lying. The only statue I owned was the racist lawn jockey I inherited from my grandmother. Granted, it was priceless, but only because nobody wanted to buy it. Nevertheless, I stood there like a chump while Kirby tore my dump a new one.

He overturned my drinking desk. He underturned my air mattress. The bastard even destroyed my book collection. Sure, it only consisted of one book, but that made it all the more precious to me.

It was a Dan Brown novel I bought from a vending machine in New Jersey. The cover was dog-eared because I’d stopped reading it mid-title and wanted to mark my place, but now I’d have to start over from the very “The.”

“Then you’ll make him tell us where it is, Kirby.”

“You want I should tickle his armpits?”

“I want you should tickle him with your stupid fists.”

For the next hour, Kirby applied the full force of his fists to every inch of my body, beginning with my armpits. But as the blows rained down, I managed to numb the pain with thoughts of Jane Archer.

Jane, with her smooth, hairless back. Jane, with her odorless feet and audible voice. No dicktective can resist a good mystery, and Jane provided that in spades. What was she like beneath that polished facade? Did her parents name her after Jane Curtin of “Coneheads” fame?

And God help me, was Jane thinking about me, too?

TO BE CONTINUED in The Day-Off Dame, Pt 5