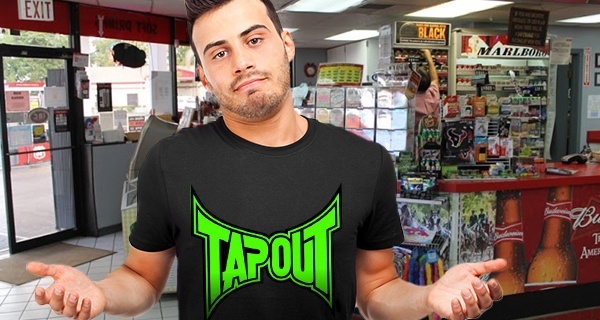 Dara Wong, 28, of Wichita, stepped into a 7/11 store on East Lincoln Street around 2:17 PM last Tuesday to grab a snack on her way to work, where she found herself entangled in a lengthy unsolicited conversation about which tattoos a stranger “definitely planned to get someday.”

Upon entering the store, Wong immediately noticed a man looking her up and down. “I’m pretty much covered in ink, and it doesn’t usually bother me when someone stares,” Wong states. “But I could tell this guy was gonna end up being a huge pain in my ass the second I made eye contact with him.”

Despite Wong’s attempts to evade him, the man managed to corner and regale Wong with several nonsensical tattoo ideas, including a tribal design of a “shark, sort of”, before lifting the sleeve of an over-sized t-shirt bearing a Tapout logo to reveal an area of skin which he planned to cover in an elaborate design, described as a “mixture of like, a geisha taming a tiger and a fireball.”

“He kept saying things like, ‘I’m definitely gonna get them, it’s just figuring out which one’s gonna be the first one, you know?’ and ‘I’m just waiting ‘cuz, like, I know once you pop, the fun don’t stop – as soon as I get one, I just know I’m gonna go buck wild and be completely covered,'” recounts Wong.

The entire ordeal lasted for six full, uninterrupted minutes, in which Wong was informed of designs the man had always thought would make for some “pretty fucking sick-ass ink.”

“Most of the things he was talking about weren’t even real ideas, he just kept going on about his dead uncle and used his hand to kind of map out a giant area of his chest he wanted to get done ‘in one sitting,’” Wong recalls of the man’s self-described, “Concepts in the works.”

Wagner eventually walked away from Henson mid-sentence, in an effort to get to work on time. “I never want to be rude or whatever, but there comes a point when it’s like, just shut the fuck up dude. I don’t even know who you are,” she says.