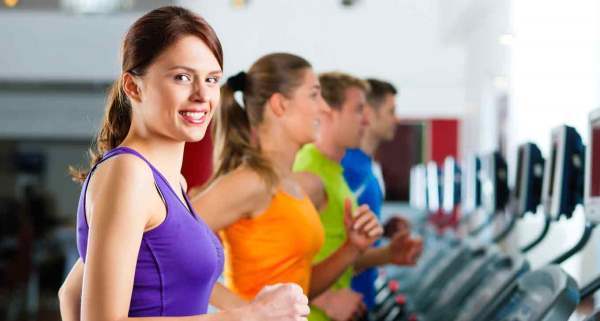 Dawn Mercure of Austin, Texas made huge strides in her personal care regimen last weekend. Leaving her apartment on a Sunday, the visit to cancel her annual membership marked the woman’s third visit to gym, of which she had been a member for the past 36 months.

She had big plans when she decided to sign up for a fitness membership at Gold’s Gym, a national chain that offers 24 hour accessibility. “I know how I can be with these sorts of things,” explains Mercure. “I went with Gold’s over one of the less expensive chains because I thought the higher cost would motivate me to go more.”

Despite her sound logic, the motivation to get her money’s worth proved ineffective. “It totally backfired, and I just ended up spending like, $500 to use the elliptical twice,” she states. “I did go tanning once though, so that’s something.”

Riddled with guilt for nearly three years, Mercure attempted several “tricks” to encourage herself to exercise, including adding several “Workout Goals” boards to her Pinterest page and placing her membership card on top of the juicer she received for her birthday two years ago. When asked if she uses the juicer regularly, Mercure simply stated, “not yet.”

Mercure conceded defeat in early 2015, but it would still be another several months before the motivation that she hoped would inspire her to work out would reach her in time to cancel her membership.

“I always thought, ‘Well if I’m gonna go to the gym to cancel the damn thing, I might as well get my money’s worth and get a workout in’,” Mercure recalls. “Finding the time to get to the gym is hard these days, even if it is just to cancel the entire thing.”

Finally, a trip to the hair salon located directly next door to her neighborhood Gold’s Gym would be the catalyst needed to incite the change she’s been looking to make in her life. “I don’t know if I was feeling great from the highlights I got, or the fact that I was in a room that literally shares a wall with the gym, but I felt really pumped and I went for it,” says Mercure.