Who can forget celebrating autumn with my grandson? Watching him catch that first dead leaf on his tongue. Showing him how to skip bullfrogs across the pond. Teaching him how to catch and clean a decorative gourd. And most of all, forcing him to spend Halloween with his grandpa.

Last night, on the eve of All Hallow’s Eve, me and my grandson went to Walmart to pick up a couple of mummy costumes from the toilet paper dispenser in the men’s room. 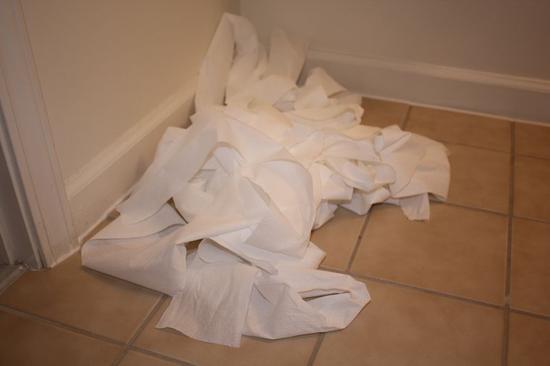 After tonight’s Halloween dinner, which was a slice of bread, we suited up and took a bus to the rich side of town so we could fill a bunch of garbage bags with fresh candy.

We got turned away from six gated communities, but this turned out to be a blessing when we stumbled across the nicest mansion I’d ever seen. 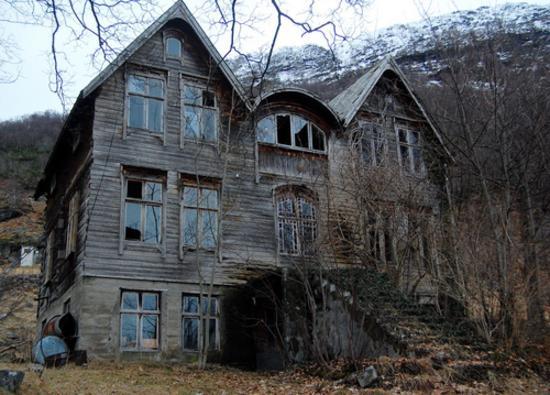 It was three stories high and one story wide, and the yard was filled with expensive-looking weeds.

I explained to my grandson that these were the kind of people who only ordered the fanciest thing on the menu at Olive Garden, which is a calamari salad drizzled with squid diarrhea.

For the next half hour, we pounded on the door while screaming “TRICK OR TREAT!” Just when I was about to give up and toilet paper the yard with my mummy suit, the door creaked open — but nobody was there!

My grandson started crying, and with good reason: there wasn’t a single piece of candy in sight. But I knew that every mansion had a safe, and every mansion’s safe was filled with name-brand candy. So against my grandson’s wishes, I agreed that we should split up.

“March your butt up to the attic and don’t come back without a garbage bag full of candy,” I offered.

I swelled with grandfatherly pride as I watched him cry his way to the attic. And sure enough, just when he was out of sight, he started screaming — no doubt due to all the candy he was finding.

That’s when I took a well-deserved nap on the kitchen floor.

Hours later, I got woken up by one of the folks who lived there. I trusted him immediately because he wouldn’t stop smiling.

I pulled out my flask and sipped away as we traded stories about the old days: my time serving in Korea, and his time serving the ancient pig-like entity who lives in the attic. We were having ourselves a good-enough time until my grandson showed up at the top of the stairs.

“Grandpa’s having grown-up time,” I said.

“March your buns back to the attic until Grandpa’s done with his flask!”

And yet he came closer.

That’s when I noticed that something wasn’t right with my grandson. His sneakers were barely touching the floor, and his skin was the color of mouthwash.

His eyes were black pools, and his mouth was a toothless, gaping void. I began to soil my toilet paper pants.

Fearing the worst, I screamed “GRANDSON WHERE’S THE DAMN CANDY?”