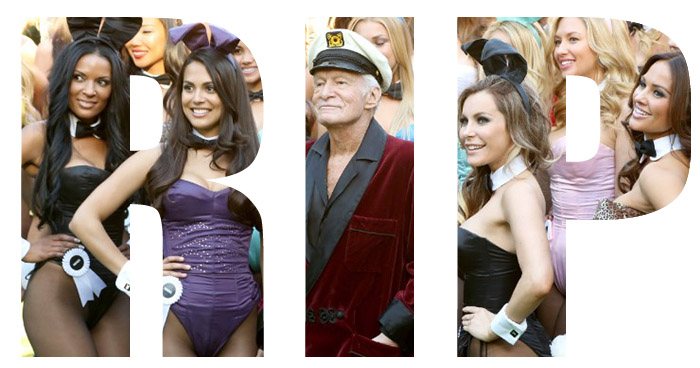 Those responsible for the estate of Playboy founder Hugh Hefner have been quite busy since the magazine mogul’s September 27th death, ensuring that his assets and properties will be divided up and passed on in accordance to his wishes. However, sons Marston and Cooper and daughter Christie have chosen not to honor one specific stipulation in their father’s will, in which Hefner requested that six of his ‘best girls’ report to his grave every Wednesday and Friday for “date night.”

“Dad certainly lived a life, and he leaves behind quite a legacy,” said Cooper Hefner. “We’ve seen to it that his finances were handled, we’ve turned the mansion over to it’s new owner, and we honored his request to be buried next to the iconic Marilyn Monroe. But as far as his request to have six women exhume his corpse and engage in sexual acts inside his circular, California King-sized coffin, we’re just going to pretend that one wasn’t in there.”

Hefner’s ‘date night’ was a major part of life in the mansion. A number of young women who lived in the famed domicile were given orders to report to his room twice a week to engage in what would technically be considered group sex. Hefner’s request for this to continue posthumously raised many an eyebrow at the reading of his will, and was largely considered impossible, both logistically and ethically.

Although the girls Hefner requested have told reporters that it “really wouldn’t be all that different from when he was alive,” they are in agreement with the estate that lines must be drawn somewhere, and this is as good a place as any.

“Since his death, there’s been a lot of reflection, a lot of looking back on his life,” said Christie Hefner. “I’ll be the first to admit Dad had his flaws. This request for a gang of women to have sex with his dead body twice a week would probably rank among them.”

“But at the end of the day, he was an icon, and made a big impact.” Hefner continued. “At a time when so many people viewed sex as this dirty, shameful thing, my father showed the whole world that it’s actually a beautiful act involving a man and six semi-identical women who are given orders to engage in intercourse with him twice a week or face eviction. That’s the Hugh Hefner I want to remember.”