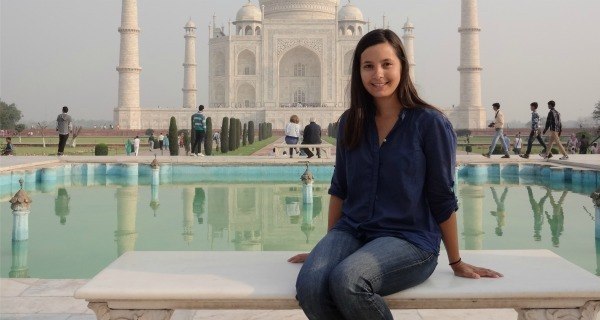 Beginning November 9th, millions of Hindus around the world will celebrate Diwali, the annual five-day lights festival signifying the triumph of good over evil. But for Brenna Whitmore of Duluth, Minnesota, it signifies the chance to remind friends of her 2009 trip to Mumbai.

“It used to be called ‘Bombay’ you know,” explains Whitmore, who, for six consecutive years, has performed the ritual retelling of the story of her “epic” voyage to anyone who will listen.

Whitmore describes herself as a “guru,” educating those who haven’t taken advantage of the opportunity to explore other cultures. “People in Duluth, how can I say this…they just aren’t super worldly,” she says. “There are so many packages you can just book online. My time in India was so spiritual, and the amazing tradition of Diwali reminds me to make sure everyone knows about it.”

Although Whitmore’s visit consisted of seven days and six nights in an all-inclusive, five-star resort hotel safely secluded from the poverty-stricken sprawl of the urban city, the connection she feels with the Indian people remains readily apparent to her friends all these years later. “The people there, they seem like really kind, genuine people,” Whitmore says. “And the food? Sure, you can get ‘Indian’ food at the Miller Hill Mall here, but it just doesn’t have that authentic je ne sais quoi.”

Travon Stone, a colleague at the collection agency where Whitmore is currently employed, is not particularly excited about the upcoming holiday. “God, she does this every year,” says Stone. “It’s like, we get it, Brenna. How many times are you gonna show us the Rupees you forgot to exchange every November FOR SIX YEARS?”

“Solely because of her, I never want to hear about Indian culture ever again,” he added.

While Whitmore has no immediate plans to return to India, she hopes that the lessons she’s learned encourage others to broaden their own horizons. “People are just in awe when they hear about my incredible journey. Some are even left speechless,” she says. “For anyone who’s interested in following my footsteps, Priceline has a great deal with the Hyatt Regency Mumbai right now.”