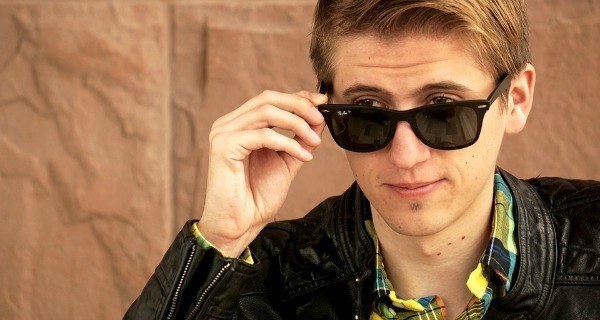 Following hours of agonizing deliberation, one friend group has finally decided on their evening restaurant pick after Todd Spencer, 22, revealed what he considers to be THE best tacos in Brooklyn.

Having relocated to the culturally-rich borough eleven months ago, the Kettering, Ohio native has since been frequenting a local taqueria – Tortilleria Mexicana Los Hermanos – on a weekly basis. Determined to avoid allowing the group to settle on some “overpriced hipster shit in Williamsburg,” Spencer revealed the location via group text, a mere five block walk from his newly renovated, doorman-monitored condo in Bushwick.

“This place is so great, super authentic,” assures Spencer. “Sometimes I’ll hop over on my longboard after I get my yoga on at the 24-hour on-site fitness center in my building, but usually I’ll just do Seamless and have them deliver.”

Despite never having visited Mexico to experience the local cuisine for himself, the recent college graduate places authenticity at the top of his list of “bomb-ass tacos” criteria, and feels confident that his choice will not disappoint.

“I know everyone claims to have the best taco spot, but this place is the real deal,” says Spencer. “The limes, the Jarritos, the crema…do you know what ‘crema’ is? Anyway, this spot is literally legit.”

When asked how his local taqueria compares to the thousands of other choices the New York metropolitan area has to offer, Spencer doesn’t hold back.

“This place is the fucking best, yo,” Spencer exclaims through a cloud of E-cig vapor. “If you want some pussy-ass flour tortillas, Chipotle is that way dude, but that’s not how we do shit off the Morgan stop.”

When informed that Tortilleria Mexicana Los Hermanos had been deemed the “BEST tacos in Brooklyn” by 22 year-old, Caucasian social media manager Todd Spencer from Kettering, Ohio, an employee of the facility simply replied “OK.”