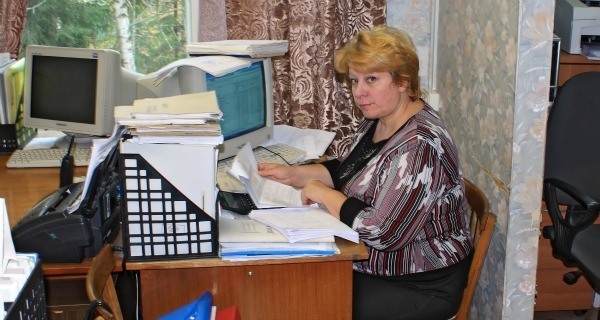 This is where the comedy is born.

Carol Kimball, a billing coordinator at Wheatfield Family Dentistry, is reported to have successfully landed yet another “Christmas Carol” joke at the office for the seventh consecutive December, once again clinching her reputation as the office wisecracker.

What began as a charming, off-the-cuff reply to a former associate’s whistling in 2009 has since become an annual tradition at the Kingston Springs, Tennessee dental practice. This year, opportunity presented itself upon the delivery of the office Christmas tree, at which time the 53-year-old accountant’s natural, comedic instinct kicked into high gear. Immediately after shaking hands with the FedEx driver, Kimball then extended her hand to the Christmas tree, hilariously introducing herself as “Christmas Carol.”

“I saw the whole thing. Carol really nailed it this year,” recalled front desk receptionist Myra Emmett of the stunt, who later reenacted the scene twice for those unavailable to witness the act in its improvised glory. “I’m glad it didn’t come down to the wire like last time, when she squeezed one in on the 23rd. Of course Carol came through, but boy, was I nervous.”

“I didn’t think anything could top Carol’s 2012 Christmas Carol joke, the one where she was like, ‘But I thought I was your favorite Christmas Carol,’” said dentist Dr. Jared Williams, amid bursts of uncontrollable laughter. “It’s like having a real-life comedian right here at work!”

“I keep telling her she has to take her routine to the Laugh Nook on McLemore, as long as she remembers us little people when she becomes famous,” chuckled Williams, who Kimball has claimed is even funnier than her.

However, despite entertaining the vast majority of her nine co-workers, not everyone is impressed. “Jonah the X-ray technician always tries to take the fun out of it,” Carol says. With constant remarks like “Christmas carols suck,” “Christmas carols make me want to kill myself,” and the oft used “I fucking hate Christmas carols,” Kimball has no choice but to ignore Jonah and focus on the positive. “I was born with this gift and I intend to keep giving it away,” she says. “Jonah can just suck it.”