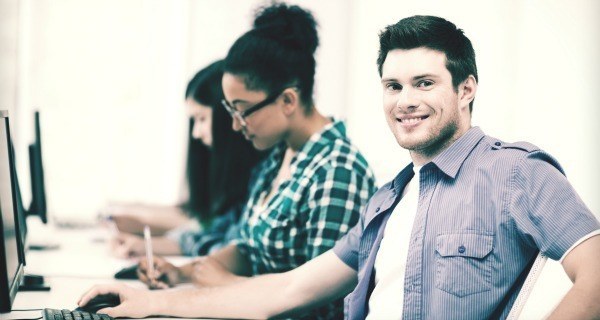 In a move many are calling “brave,” “inspiring,” and “almost like a white Malcolm X,” local man Adam Spencer, 26, released a thought-provoking blog post targeted at the 204 Facebook friends who already agree with him.

Prepared for a huge negative outcry in response to his incendiary essay, Spencer prefaced the Facebook manifesto by writing, “many of you may disagree with me here, and I know I may lose friends because of this.” However, initial reports indicate that to date, Spencer has lost zero friends, and the status has been liked 247 times.

Throughout the article, Spencer makes such boldly alienating statements as “People should just love who they love,” “If you don’t see racism in this country, then you’re BLIND,” and “Children should probably be vaccinated.”

After 31 comments with messages of affirmation such as “preach, Adam!” “#brave,” and “why isn’t there a LOVE button?” things got hairy when vaguely conservative high school classmate Mitch Encino wrote, “All good points, but I disagree slightly when it comes to the particulars of the second amendment.”

Luckily, Encino’s hateful rhetoric was met with seventeen replies decrying him as a “rebubli-nazi”and “fascist,” before Spencer ultimately deleted his comment. “You just can’t let a dialogue happen in such a public forum unless it’s totally comprised of people who emphatically, aggressively agree with one another,” Spencer stated. He further clarified that he has since unfriended Encino, in hopes that the next time he writes such a disruptive status, there will be even less discussion about it.

When asked if he plans to write any other pieces of this nature, Spencer revealed that early next week he plans to write a polarizing tweet about how women should get paid as much as men do, accompanied by a status update about how sexuality is probably fluid. “I wouldn’t call myself a martyr,” he said when questioned, “But that’s mostly because I don’t think that word would be received well by my friends.”