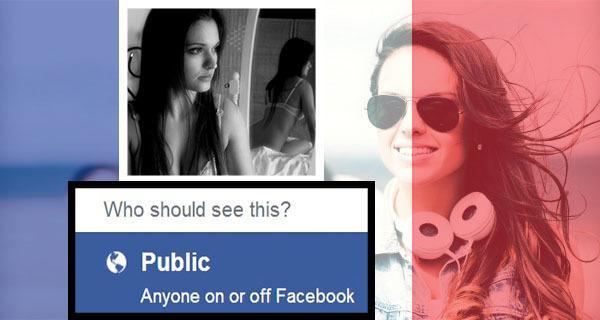 Pictured: narcissistic asshole Susan, who may have stopped caring about France.

Susan Fletcher, along with thousands of her peers, changed her Facebook profile picture to a French flag following the recent tragedy in Paris. Little did she know that when it came time to change it back, she would face a tragedy of her own.

Fletcher suffered a complete mental breakdown Tuesday morning when she couldn’t decide whether to change her profile picture to a cute selfie or leave the flag up for a few more days.

Fletcher’s sister Tammy reported that, “Susan had texted me this selfie mirror shot she had taken where you can totally see her bra” in which she allegedly looked, “artsy” and “hot without being tooo hot.” Tammy explained that Susan had found herself in a veritable life crisis when she realized she desperately wanted to use the new snap as her default profile picture, but wasn’t sure if it had been long enough since “the French thing.”

“You just never know what cause you’re supposed to be supporting on any given day,” said Susan’s friend Rebecca, “France, Breast cancer, Standing with, on, or against Planned Parenthood…who can keep up with it all?”

Susan’s friends reported that she finally snapped when confronted with the question of whether or not she should just upload the new photo, but apply the French flag filter to that one as well.

“I drove by the strip-mall where Sue teaches Yoga on Mondays and noticed she wasn’t there,” explained Tammy, “So I came by her apartment and found her curled up on the floor rocking back and forth while staring at her phone.”

“I tried to talk to her,” reported Tammy, “but all she would say was ‘Is it too soon? Is it too late? What about gun control?’ over and over again. It was then that I noticed she had the Facebook App open on her iPhone with her finger hovering over the black and white picture of her in her underwear. I can really feel her pain because that booty is on fleek and her picture right now is moderately heinous.”

Best friend Rebecca noted that she had faced a similar conundrum right after the Gay Pride flag filter became a thing. “I left it up for like, a week, and then took this darling photo with my boyfriend, and I was like…is it super rude of me to change my gay photo thing to a photo of me and my boyfriend?” Sources confirm that she did, in fact, end up changing it, but confusingly wrote “I <3 the gays” as the caption underneath.

Ultimately, after trying unsuccessfully to snap Susan out of her near-catatonic state, Tammy and Rebecca had her admitted to the nearest mental health facility.

“We really just want her to get the help she needs,” said Tammy, “And right now that’s at least another week of time away from social media before it becomes definitely ok for her to change that cute prof pic.”

“We’re hoping that she’ll be able to come home soon,” added Rebecca, “But in the meantime, me and Tammy are changing our Facebook defaults to pictures of Susan to show our support, and we urge anyone reading this to do the same.”