House To Vote On Defunding Women 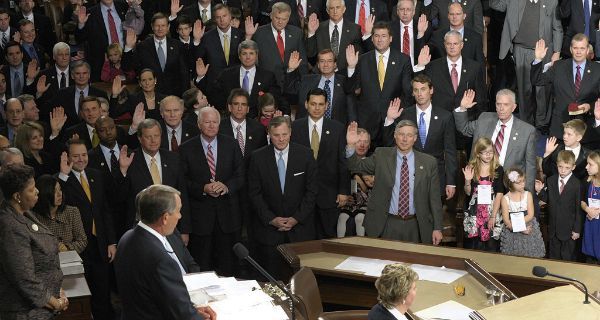 After recently voting to defund Planned Parenthood, House Republicans are expected to vote next on whether to defund women all together.

“Stripping women of their rights one by one has just been so tedious,” said House Speaker John Boehner, who on Friday announced that he’d be resigning from Congress at the end October. “I’ve realized our country would be better served with someone else leading us in that effort, but while I’m still here, I’ll keep doing my best to further marginalize them.”

Such a bill entitled the “Stop Supporting Anything With a Uterus Act of 2015” has been sponsored by Diane Black, the same congresswoman who sponsored the Planned Parenthood bill.

“I know I’m a woman,” said the Tennessee Republican, “but the truth is, when it comes to matters of my health and how I should use my body, human beings with penises have a natural instinct for what’s best.”

The bill has full Republican support and is even expected to gain some Democratic votes. According to Republican Senator and presidential candidate Rand Paul, “A lot of the Democrats are old white men, and a few of them hate women as much as we do.”

Even if the vote passes in the House and Senate, President Obama has promised to veto the bill if it reaches his desk, a move that Senator Paul says is proof of liberal hypocrisy.

“The left is always crying about tolerance but what about being tolerant of the GOP’s hatred of women?” asked Paul. “This is further proof that stripping women of their basic necessities is best left to states, not the federal government.”