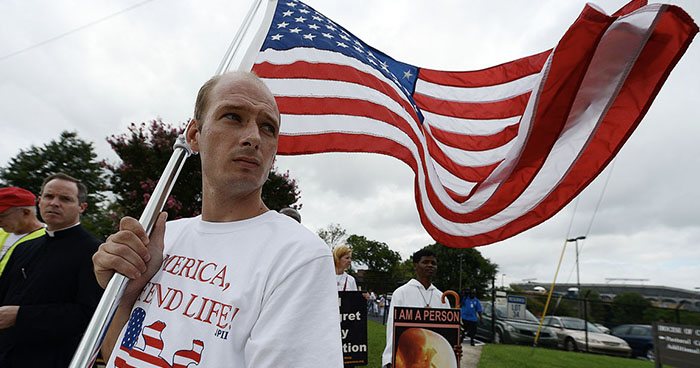 In response to the growing number of professional athletes choosing not to stand for the national anthem, Mark Shuck of Downington, Pennsylvania recently announced on social media that he is appalled by the protests, adamantly telling all his 103 Facebook followers “I don’t kneel.” Shuck opted not to reveal some of the many other things he does not do, which include paying child support for his two young daughters, laundering his bed sheets, and reading.

“These guys are paid millions of dollars to play a game, and honestly this makes me sick,” said the 35-year-old unlicensed roofing contractor who also doesn’t floss his teeth, pick up after his dog during walks, or treat Red Lobster employees in a decent and respectful manner. “This is the greatest country in the world. Don’t like it? Get out.”

Shuck, who neglected to mention that he doesn’t flush after using a public restroom, breathe through his nose, or refrain from talking on his phone while at the movie theater, suggested the coaches and general managers step up and make examples of the protesting athletes. “Get those sons of bitches off the field, like Trump says,” Shuck told reporters. “They’re letting these ingrates get away with disrespecting the country, right there on national television. As a taxpaying American, it pisses me off.”

Sources later revealed that Shuck has not filed his taxes in several years.

“I don’t care what your bullshit, libtard excuse is, you stand for that flag. So I’ll say it again. I don’t kneel,” said Shuck, who also does not listen to the grievances often voiced by marginalized people, consider other perspectives, or take an honest look at himself. “That’s what I believe in, and I don’t care what you think of me.”