All Of Iowa Declared Haunted Corn Maze After Sunset 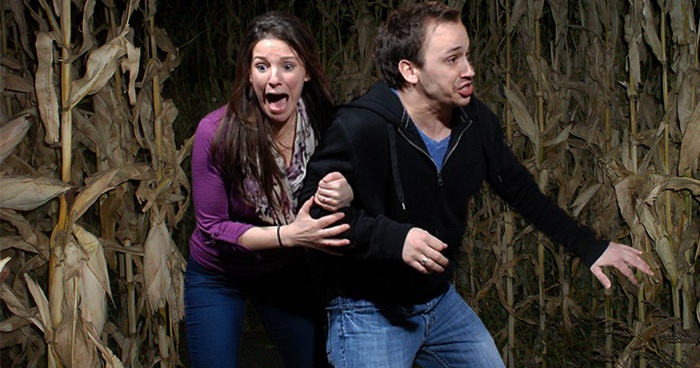 The entire state of Iowa has been declared a haunted corn maze until further notice.

In recent weeks, Iowa law enforcement has received an influx of calls from visitors and residents alike, complaining of the “totally spooky” vibe given off by the state’s abundance of terrifying cornfields. Many callers were confused as to whether they were in an intentionally haunted maze, or just on one of the state’s many unintentionally haunted highways.

“Everything was fine during the daytime, but the second that the sun set, I just stopped feeling safe,” said motorist Ryan Alexander, who was navigating his vehicle through the state on a particularly creepy night. “I’m from Brooklyn, so I’m not used to seeing all of these cornfields. And I’m glad because it’s fucking terrifying.”

The State Of Spooky Emergency is meant to reassure drivers that the abundant creepiness of the corn fields is normal, and that they are simply participating in an exciting journey that is totally fake instead of driving to their unexpected death by clown, wolf, ghost, or Trump supporter.

Farmers have decided to capitalize on this new addendum by extending their home-grown, actual haunted corn mazes well beyond the Halloween season.

“My corn field isn’t even decorated to be a haunted attraction,” confessed local farmer Bob Klaussen, the sudden proprietor of what is now the most popular haunted corn maze in southern Iowa. “It’s literally just our property. But if people are willing to pay to walk through it and be scared, then I’m not going to turn them away.”

There is no word yet on how long the state will be under a corn maze advisory, but the state’s terrifying appearance is expected to persist until Iowa either removes all of it’s creepy-ass cornstalks, or decides to vote Democratic in the coming election.