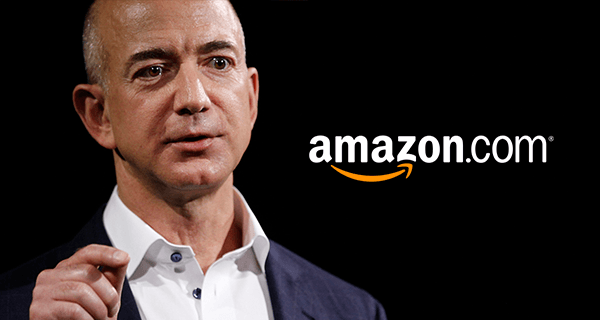 After the scathing New York Times story on Amazon’s company culture, CEO Jeff Bezos rebutted accusations in a company-wide memo, encouraging employees to email him personally with reports of abuse. Unaware that the memo was completely insincere, employee Sarah Matloff was immediately fired after being dumb enough to take the empty gesture at face value.

Matloff, who had recently undergone a bone marrow transplant to treat a rare medical condition known as aplastic anemia, says her supervisor repeatedly bullied her about her performance during treatment. Believing for some asinine reason that the fifth richest man in the world had time to listen to her grievances, Matloff sent Bezos an email requesting an appointment. Expecting to meet with him face-to-face, the moron was caught completely off-guard when she was greeted by two HR employees, who told her she had five minutes to vacate the building.

“Why would you offer help, then punish me for accepting it?” complained Matloff, like a whiny idiot who should just suck it up already.

The naïve dipshit’s supervisor says her employee’s performance slumped during her treatment and recovery. While Amazon technically offers paid medical leave, it comes with the understanding that employees won’t actually use it. Unsurprisingly, Matloff didn’t get the memo on that one either.

“I can’t believe we hired such a bonehead in the first place,” commented Bezos. “I’m too busy inventing the fucking future to listen to some wet blanket’s sob story.”

Other employees seem to be smart enough to read between the lines, though it doesn’t take a genius.

“If you can’t see it for the bald-faced lie it is, you’re not gonna make it here anyway,” said a coworker. “If anything, it proves we’re too lenient around here.”