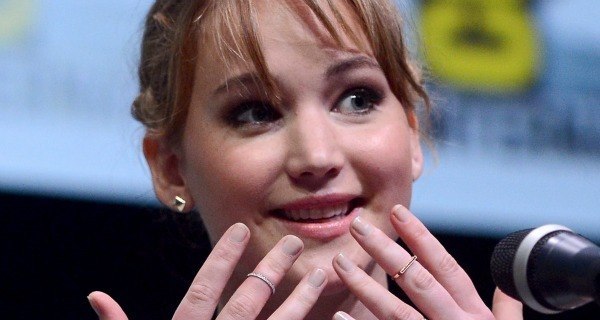 Just last week, actress Jennifer Lawrence wrote an essay complaining about Hollywood’s gender pay gap, but in a surprise move today, apologized for getting her panties in a bunch over the laughable notion that women should get paid as much as men.

“I now realize it was just my period making me bitchy. You know how us women are when we’re on the rag,” said The Hunger Games star. “I should really just learn to stay in bed and eat ice cream when my monthly friend is visiting. Otherwise, I’m liable to run my mouth and forget my place like I did the other day.”

In the essay, Lawrence said she should have negotiated for the same salary as Bradley Cooper and Christian Bale while working on American Hustle, something she now regrets.

“It was foolish of me to think I deserve to get paid as much as the boys,” said Jennifer, “They work so much harder than us girls. Of course they deserve more money!”

In addition to her hormones, Lawrence also blames reading and Lena Dunham for giving her irrational ideas. Lawrence’s essay first appeared in Dunham’s latest project, Lenny, a weekly email newsletter full of veritable feminist propaganda that Lawrence claims brainwashed her. “For a little while I was buying into Lena’s whole ‘Men bad, women good!’ thing,” says Lawrence, “but then I snapped out of it and realized that she’s probably just a lesbian. Have you seen her hair?”

Jennifer’s former male co-stars are all relieved to see her come to her senses, but none more so than Bradley Cooper. Her “on-screen husband,” who has co-starred with Lawrence three times, hopes to work with her again now that she’s stopped being so unreasonable. “I understand that Jen was probably just over-emotional,” said Cooper. “I know how women get. I was married once. She probably just needs to get laid.”

Lawrence doesn’t disagree. In fact, she says that finding a husband is her first priority as soon as this essay thing quiets down.

“Acting is fun, but I’d rather stay home and have, like, a bazillion babies,” she said. “And maybe work on my scrapbooking.”