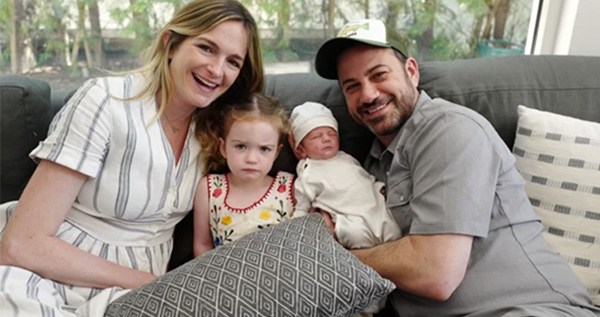 In a major victory for the GOP, House Members voted to dismantle important pillars of Obamacare early this month in an unprecedented win against Jimmy Kimmel’s newborn child. William Kimmel, born April 21st, 2017 at 7 pounds 3 ounces, has been a staunch supporter of Obamacare ever since he was born with a life threatening hole in his heart.

“We did it! We shut down that little prick once and for all!” Cried a visibly excited Paul Ryan at a celebratory dinner the night the AHCA bill passed. He continued on to his visibly excited Republican colleagues, “we’re not going to just stand by and let these sick children determine whether they get to live or die based on their genetic makeup!”

Jimmy Kimmel only fanned the flames when he took a the controversial stance of wanting his child and other children with congenital heart defects to live longer than an hour out of the womb. “Ya know I didn’t think I was making a big controversial stand, I just believe that my child and other children should be offered the best healthcare possible regardless of income.”

The newborn began his hardline takedown of republican lawmakers during his third trimester, when he developed the defect. At this point many prominent GOP members knew the child and others like it must be destroyed. In a memo to the press, the Republican Caucus stated they viewed this, “as a substantial and punishing victory over the days old William Kimmel.” It went on to state, “had the bill not passed, we would have just had to hope young Kimmel grew up to be gay in West Virginia, where someone could just beat him to death.”

Ryan, for his part, is simply happy the bill passed in its infancy, much like many babies to come.