White House Still Can’t Get The Kid Rock Smell Out 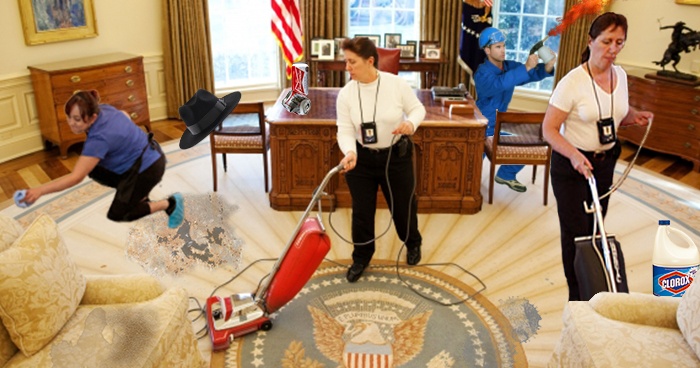 White House cleaning staff are reportedly working round the clock to air out the Oval Office following a recent visit from “American Badass” singer Kid Rock.

“We were all very taken aback by Mr. Rock’s smell,” said White House staffer Matt Hayes. “It was quite difficult to pretend as if it were not noticeable. At one point he pointed out that many of the staffers were teary-eyed…I think he assumed we were just so in awe of his presence, which was actually quite laughable, but it was the perfect excuse.”

The heinous, lingering odor, which cleaning staff described as “a pile of urine-soaked cigarettes in a hot litterbox,” has not dissipated in the least since the famed rap-rocker’s April 20th visit.

“We’ve had every window and door wide open since he left,” said Hattie Storrs, one of the senior members of the White House cleaning staff.

“This is, of course, a major security issue, but we’re dealing with something abnormal here. We’ve pulled up all the carpet, repainted the walls, even had the ventilation system bleached from the inside, replaced entirely, then bleached again. And after all that, it still smells like a dead raccoon soaked in Old Crow came back to life, and then died again behind a leaky radiator.”

“We’ve had to reschedule several visits from foreign dignitaries and other people of note because of this,” Mr. Hayes added.

“We were in no way prepared for this kind of thing. Granted, Mr. Rock doesn’t look like he would smell great, but this is absolutely inexcusable. Were you aware that he actually grew up rich, on a six-acre Michigan estate? AND he’s a Platinum recording artist? There is literally no reason why he should walk around smelling like he just had sex with Brando’s corpse in a Phoenix Zoo dumpster full of expired Chobani cups.”

When asked when the ordeal is expected to be resolved, Ms. Storrs was not optimistic. “It’s anyone’s guess at this point. But given the type of celebrities that President Trump associates with, I’d say we’ll have another scenario like this in no time. Hank Williams Jr. is supposed to be here next week. Have you seen that guy lately? He looks like he reeks of tobacco spit and advanced canine gingivitis.”

At press time, staffers had officially given up trying, and were reportedly “hoping for a North Korean nuclear missile strike, because at this point, that’s the only thing getting rid of this stench.”