Fuck: Kiefer Sutherland Is Back And He Knows His Chameleon Is Dead 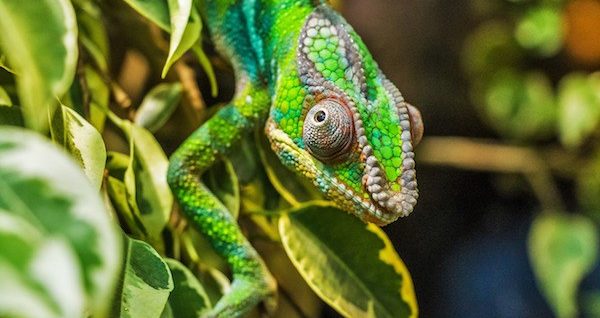 Yeah, ok, so his chameleon died on my watch. It’s not my fault! Honestly it’s not. Ok, so I’ve known Kiefer for a few years now. I work at the coffee shop on the corner that he comes into when he’s in LA. And over the course of a few years we’ve gotten pretty friendly. He even invited me to his birthday party. He’s an insanely nice guy.

So one day three weeks ago Kiefer comes into the shop looking stressed out. He’s got to go out of town on business, and he usually leaves his chameleon with his sister, but she’s also out of town. So he asks me if I could watch it for him and before I can even say, “I don’t have a heat lamp and do chameleons need heat lamps?” he’s thanking me and promising to bring it over to my place.

What else could I do but watch it? He looked so stressed out, and he’s such a good tipper. The next day he brings over the chameleon in its… I wanna say terrarium? I don’t know! I’ve never had a lizard. It was just sitting in there, with its weird claw hands. Just sitting and staring without blinking.

I go to ask him how often it should be fed, and Kiefer’s just gone! He didn’t explain to me that chameleons are carnivores that mostly eat insects. Or that their tail is prehensile and built for grasping branches. Or that changing color too often and too quickly is stressful and not fun and that that can kill them.

I had to find all of that out on the internet. Because apparently a lack of color changing does not indicate boredom in chameleons, and that putting multiple tie-dye shirts into a chameleon’s cage is not “a fun game to stimulate his mind,” but rather a confusing act of aggression that can stress out a chameleon so badly that it dies.

So you can understand why I’m trying to go incognito right now. This is just a conversation I don’t want to have. Please tell Kiefer I’m sorry.