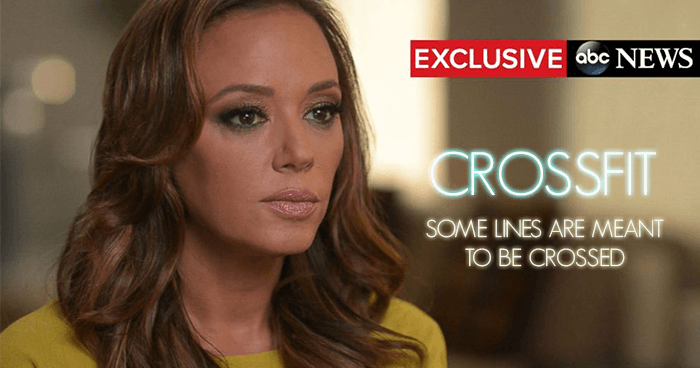 Following the success of her series Leah Remini: Scientology and the Aftermath, the host and actress has signed a deal with the A&E Network to produce a new series entitled Inside the Cult of CrossFit, which takes a hard-hitting look at the controversial yet wildly popular branded fitness regimen.

Remini’s story is not uncommon among former CrossFitters, who say the promises and hype behind the program are simply too good to pass up.

“It was 2007, and The King Of Queens had just ended,” said Remini from her Santa Monica home. “I had to get back to work, and I knew that this industry wasn’t fair to women in their late thirties. So I figured I’d better get in the best shape in my life.”

Remini had no idea that a simple trip to her local gym would turn her life upside down.

“I went to this gym and talked to a trainer, and asked her about diet plans and regimens and what would work best for me. She said there really was just one answer and that answer was Crossfit. Seriously, it sounded like this message from beyond.” Remini pauses and sighs before collecting herself. “I bought in. Hook, line and fucking sinker.”

What followed, according to Remini, was years of abuse and horror.

“You forget the negatives, because every morning you get out of the shower and catch yourself in the mirror and think ‘holy shit, I look good.’ But as it goes on, you realize what you’re losing.”

Remini says that of all the practices and philosophies pushed by CrossFit, none is more destructive than what is called ‘W.O.M.,’ or ‘Word of Mouth.’

“‘W.O.M.’ is very big with Crossfit, it might actually be its greatest weapon,” Remini tells us. “The idea is that you go on and on about CrossFit in any conversation, no matter who it’s with. Your mom, your hairdresser, your mailman, whoever. You hijack the attention, you talk their ear off about CrossFit, and one of two things happens: either they join, or they avoid you for the rest of your life. At that point, the establishment brands them a ‘D.U.I.’, or ‘Depressingly Unfit Individual.'”

“And I cannot tell you how many friends and family members I lost because I could not shut the fuck up about CrossFit,” the actress says while wiping away tears.

An official statement from CrossFit refuted many of the claims by Ms. Remini, calling her “a failure” and “a washed-up celebrity.”

“Leah Remini’s new ‘reality’ show has absolutely no basis in reality,” the statement reads. “Ms. Remini and a number of other Depressingly Unfit Individuals were banned from CrossFit for their lack of commitment and focus on their fitness. This is a money-grab, plain and simple, by a jealous, hateful insecure C-List actress with a pitiful BMI and poor Kettlebell swing form.”

At press time, a number of CrossFit reps were reportedly flipping tires on Remini’s front lawn while shouting obscene threats.