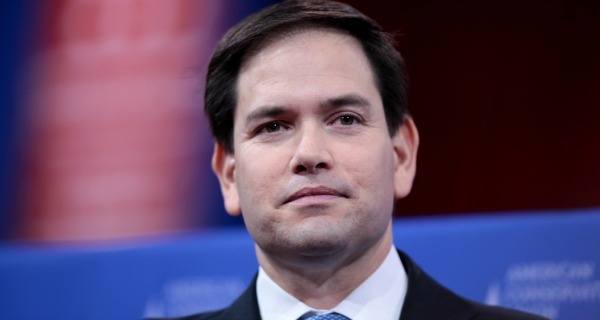 As the pool gets smaller, Republican candidates are doing what they can to swim ahead, or, in the case of Marco Rubio, tread water. Here is some vital information about the Florida senator.

2. Campaign slogan is “A New American Century, because the 19th is technically new to us.”

3. Married wife in fulfillment of campaign promise to “bang and bag a Miami Dolphins cheerleader.”

4. Excited for Ted Cruz to abandon candidacy so he can play up “the whole Latino thing.”

5. Mentee of Florida governor Jeb Bush, whom he subsequently killed in a martial arts tournament.

6. Presidential race is actually just excuse to get out of Florida.

7. Criticized for personal money problems, but claims it’s a non-issue thanks to the $200 he received for opening a Chase Freedom credit card.

10. To everlasting shame, has never actually eaten an orange.