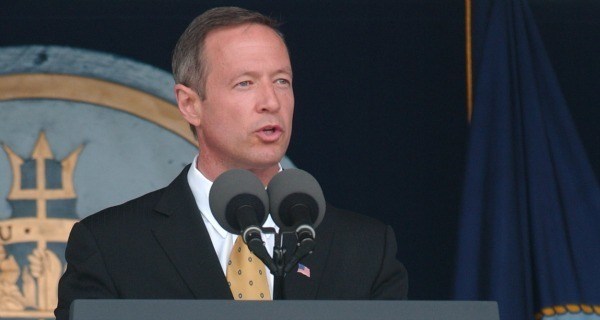 With that twinkle in his eye and pastor-like speech pattern, you might assume Martin O’Malley is a televangelist who’s given out his fair share of father-daughter promise rings. But did you know he’s a presidential candidate? And not even a Republican, but a Democrat? Unfortunately, it could be a matter of minutes before this tall glass of water bottoms out, so drink up this vital information before the highly tappable Maryland politician taps out.

2. Dropped the “Or Else” at the end of campaign slogan “Rebuild the American Dream” after receiving advice from strategists.

4. Despite serving as mayor of Baltimore, still cannot tell difference between a raven and an oriole.

6. In 2002, was named “Best Young Mayor in the Country” by Esquire when a clerical error resulted in his mother Barbara becoming the magazine’s editor-in-chief for 24 hours.

7. Can eat twice his own weight in Maryland blue crab.

9. Calls everyone “hon” whether they like it or not.

10. Life served as inspiration for a character on HBO’s The Wire, specifically Chowder, a gentle, talking ape who was cut from the script prior to Season 4.