Man Reevaluates Life After Paying $2.99 For Movie He Already Owns 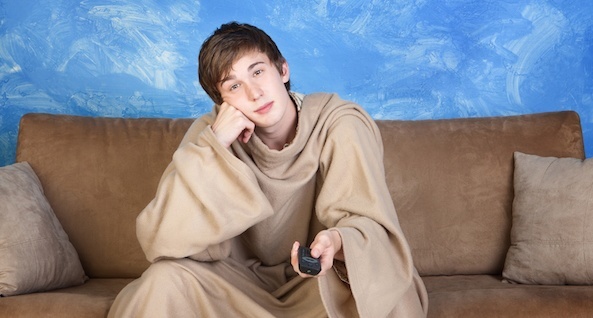 A Kenosha, Wisconsin man was forced to reevaluate his entire existence last week upon reaching new heights in the field of laziness.

Charles David, 27, was busy lying on his couch last Wednesday afternoon when he was struck with the sudden urge to watch The Curious Case of Benjamin Button. “Someone mentioned it in the comments section of the listicle a guy I met once linked to on Facebook, and I kind of felt like watching it again, I guess,” says David. “Looking back, I suppose I didn’t really care all that much.”

Accessing his mother’s ex-boyfriend’s Amazon Prime account via his PlayStation, David was about to rent the movie when he succumbed to an important realization. “I thought I might actually already have this movie on DVD,” says David, “but I was already pretty comfortable, so…”

David quickly remembered that there was, indeed, a copy of the very film he was longing to view in the one-bedroom apartment he calls home. It was at that point, David was faced with a very difficult decision. “All my DVDs are in a box in my bedroom,” explains David. “But I was already in the living room.”

Without further consideration, he selected the title, yet reports that he did not elect to order the HD version for only $1 more. “Any other time I would have, but it just didn’t feel right,” he recalls.

David settled back to enjoy the movie he had now paid for twice, then peacefully fell asleep a mere 36 minutes into the film. Upon awakening, David decided that he no longer really felt like watching a “bummer” movie that afternoon. 19 hours later, the rental period expired with the movie remaining 78% unwatched.

Since then, a remorse-filled David has made strides in achieving a life he feels proud to call his own. “I wake up at 9:30 now, and actively job-hunt for at least an hour a day,” he says. “Plus I finally moved the DVDs to the bookshelf in the living room. I feel like the old Dave is truly a part of my past.”