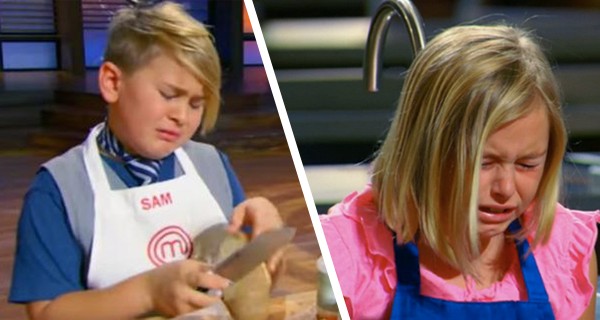 With a new season of the hit series Masterchef Junior scheduled to air on the FOX network later this evening, television viewers across the country are reveling in anticipatory delight at the prospect of watching contestants as young as eight years old absolutely crumble under the pressure that comes with competing in such a high-stakes environment.

Masterchef Junior fans everywhere have high expectations for this latest installment, and have been eagerly awaiting the return of the emotionally intense and at times, physically challenging, cooking competition.

“Oh man, I saw a kid fall carrying this really heavy mixer once,” recalled Portsmouth, New Hampshire insurance agent, Alton Ramos, 29. “I hope this season brings that same kind of energy or maybe takes it even farther, like making them hand-squeeze 200 grapefruits until someone passes out from overstimulation or something. I will definitely be tuning in to find out!”

While not entirely sure or even interested in what the young culinary prodigies will be preparing for the actual challenges, viewers promise to tune in simply for the chance to watch an 11-year-old throw a complete tantrum after failing to deliver an adequate croquembouche in under 25 minutes.

“I’m sure there’s gonna be a smug little asshole kid, and then a way too confident class clown-type, a sob story, the usual stuff,” says Denver resident Crystal Gibbs, 36, a cashier at her neighborhood Kroger. “For me, it doesn’t get any better than watching a fat kid in a fedora absolutely lose his shit after Christina Tosi spits his undercooked beef wellington into a napkin. Moments like that are pretty much the reason I continue to get up in the morning at all.”

The network looks forward to subjecting their young competitors to a host of completely age-inappropriate situations as well. A Fox spokesperson spoke enthusiastically of the twists and turns in store, saying, “We’re so lucky to have the best of the best here at Fox…we’ve pulled together a talented and experienced team of producers who have a proven track record of chipping away any resolve, dignity and strength these kids may have left.”

“Sometimes they really lose it and just totally break down with the crying and the stomping and all of that, which is always a treat,” says 32-year-old Latoya Lindsey, a Milwaukee-based barista. “But I will literally silence my phone to watch those little fuckers get judged on how well they can manage a pop-up restaurant on Wolfgang Puck’s golf course or something. It really makes handing 60 people a day the bathroom key a little bit easier, you know what I mean?”

When reached for further comment, Lindsey was said to be “praying to God” for the development of a Hotel Hell Junior series to become a reality “like, now.”