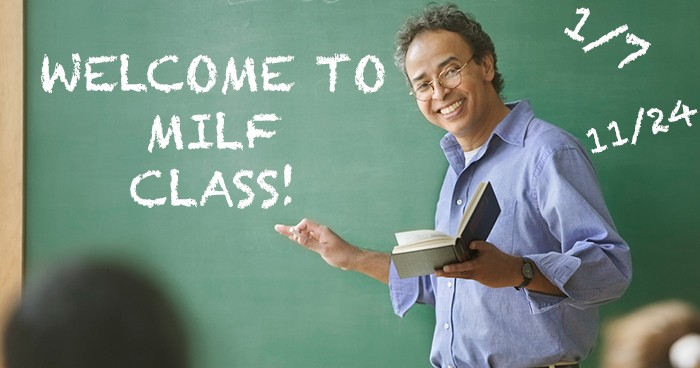 In an attempt to increase interest in mathematics, high school teacher Edward Nibbetz decided it was time for a change in his teaching methods. Nibbetz, who has been a teacher for 21 years, decided he needed to take drastic measures to increase classroom engagement.

“I wanted something that would not only get them interested but keep them interested,” said Nibbetz. “So I thought what better way than a catchy slogan?” With this in mind, Nibbetz set off to create the greatest math-related slogan in the short, unspectacular history of math related slogans.

“The kids these days are always talking about ‘getting turnt’ and being ‘lit’ and things like that,” said Nibbetz as he threw up what he believed were gang signs. “I figured the internet would be a great place to find some dope lingo to use.”

“The posters definitely made the students more interested in math,” said Vince Lane, the school’s principal. “It was strange that all the students who enrolled were mostly freshmen males, though.” The first day of class brought with it the pervasive odor of Axe body spray and unwashed jeans. The entirely male class vocalized their excitement for the coming lesson.

“As soon I saw this class had MILFs in it, I was hooked,” said one student. “I hope they’re hot.”

“I warmed myself up in the bathroom,” added another student. “I’m so pumped!”

The class emptied 55 minutes later in a flood of disappointment and sexual frustration. “I just got blue balled by a math class!” screamed one student as he punched a locker.

“Well, no big deal,” said Nibbetz. “I’m tenured so they can’t fire me. I’m just gonna go get trashed in the teacher’s lounge.”