Middle Child Trying Desperately To Be Included In Family Argument 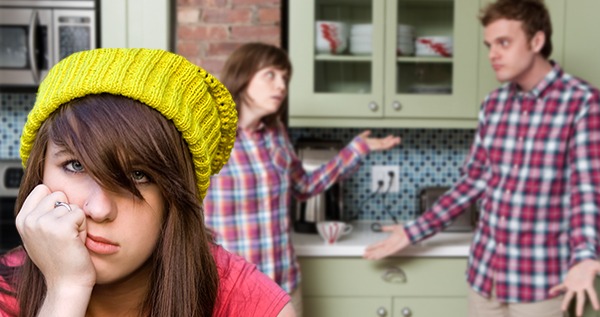 Middle child Keely Morin, 17, reportedly ‘tried desperately’ this past weekend to finally edge her way into a family argument.

The Brattleboro, Vermont native arrived home from soccer practice to find the family in a “complete knock-down-drag-out” over who would get to use the family car during the upcoming weekend.

“My older sister Jen is living at home right now, and she has her own car, but my dad’s car is in the shop, so now we’re all kind of using Jen’s car,” explained the middle Morin.

“But then my little brother Drew has to drive to hockey on Saturday when Jen was supposed to go out with her girlfriend, but he normally takes my dad’s car, so now my parents are like ‘your 2008 Ford Escape is the only thing that can fit the hockey carpool’ and Jen is like ‘It’s my car and his friends can bike to fucking hockey practice,'” Morin sighed. “Honestly, I just want to be a part of the argument.”

Morin says she repeatedly tried tactics such as asking if she, too, could use the car, slamming doors in a huff, and literally just yelling “I exist!” from the top of the stairs. Her efforts, however, fell on deaf ears.

This is not the first time Morin has been “totally sidelined” from important family blowups: she was famously absent from both the “Did Ryan Reynolds and Alanis Morissette really used to date” debate of ’09, and the particularly contentious “Who’s in charge of feeding the family turtle on Thursdays” dispute of ’12.

“It said right on the family calendar that I was in charge of feeding the cat every day, which really just disqualified me from the turtle discussion altogether,” sighed Morin. “I threatened to stop feeding the cat entirely so maybe someone would start arguing with me, thus validating my existence, but they called my bluff.”

Morin, however, tries to remain positive about the future. “My dream is for someone in my family to one day say something like, ‘Go fuck yourself’ or ‘I wish you were never born’ directly to me,” mused Morin.