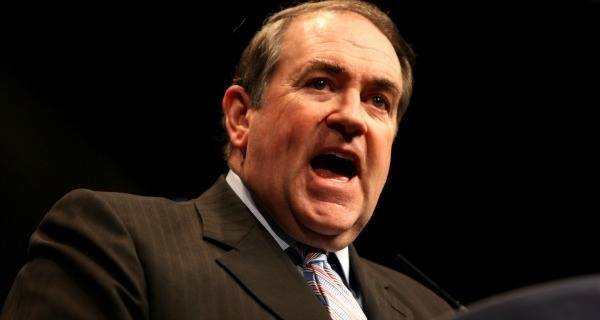 The Republican race is heating up, or, in the case of Mike Huckabee, fizzling out. Here are some need-to-know facts about the former Arkansas governor and noted Duggar enthusiast.

1. Pro-life, except in cases where vote of the mother is at risk.

2. Author of multiple books, including the controversial The Berenstain Bears Renounce Heathen Socialism.

3. Named for the Hucka Bee, a species of industriously homophobic honeybees.

4. Previously served as a church pastor, where God revealed divine plan involving Huckabee and a series of sacrificial presidential runs.

5. Campaign slogan is “Hope To Higher Ground,” based on a sarcastic quip Huckabee often repeats to flood victims.

6. Lost 110 pounds through diet, exercise, and removal of frontal lobe.

7. Plays electric bass guitar for classic rock cover band Capitol Offense, and would have gone to the big time if it weren’t for Sweet Lady H, man.

8. Elected Governor of Arkansas on promise to remove Clinton policies (and Clinton musk).

9. Only candidate endorsed by Chuck Norris, a series of one-liners that assumed corporeal form and sentience in 2005.

10. Spent five seasons as host of the FOX News Show Huckabee, a critically acclaimed sitcom about a lovable fundamentalist Christian and his hare-brained schemes to influence American policy.