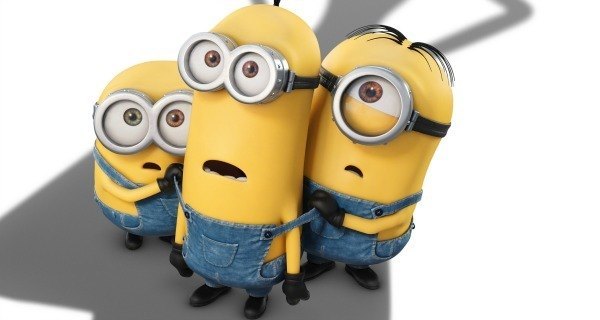 Every time I start dating a new Minion, I almost immediately start wondering, “Is he gonna be one of those Minions who hates going down on women?” It’s not that my mind is in the gutter—rather, I believe that a tiny yellow guy’s willingness to reciprocate oral sex is an indicator of how he views women in general.

I’ve heard all of the lame excuses: “I’m too tired,” “Vaginas smell gross,” and, “I’m afraid of getting stuck up there again.” Cue the eye rolls from yours truly! While a younger version of myself may have accepted these as valid reasons, I’ve learned that cunnilingus-hating Minions are bad for my confidence. All women deserve a single-celled hottie who thinks EVERY part of you is beautiful.

In a recent encounter, one of these banana-toned half-pints told me that it was just “too much work.” To which I said, “You wanna talk about work? How about YOU try unbuckling tiny overalls with a tweezer?” Unsurprisingly, this was met with a blank stare from a single, begoggled eye. We haven’t spoken since, and I say good riddance to that pill-shaped boy toy, no matter how hot he was.

There are few things sexier than an impish, microscopic sidekick the color of a taxicab who likes going down on women. Saying “no” to the selfish ones doesn’t mean settling for a shortage of hookups; in fact, it’ll increase your chances of finding a Minion who’s happy to go for a dive. And let me tell you, there are plenty out there—as long as you have the patience to look under the couch for them.