Subway Distances Itself From Jared, Claims They Only Met Once At A Party 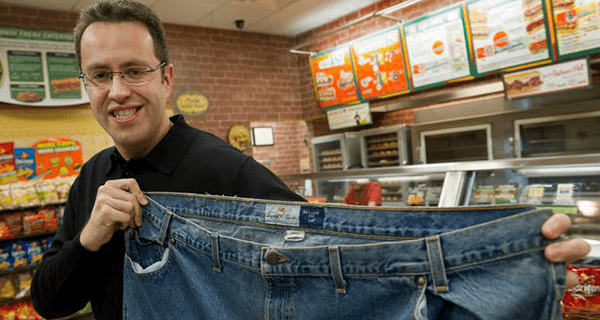 During an interview, a reporter pointed out a picture of the two in a Facebook album, which prompted the sandwich company to admit that the man looked “vaguely” familiar. “Then again, there are a lot of bespectacled white men holding up their old size 38 pants in my stores. Doesn’t mean I’m best friends with all of them.”

When presented with footage of an old commercial starring Jared, Subway watched for three seconds, looked down, then laughed nervously. “Oh, that Jared. I met him at a party once. He was acting super creepy, but that’s all I could tell you about him.”

Despite a lengthy public record of their relationship, Subway continued to deny hiring the man known as the Subway Guy. “If anything, he was obsessed with me.”

“Seriously, any Jared appearances in my ad campaigns are 100 percent purely coincidental,” it explained. “I assure you his ridiculous claims of a ‘past’ together are completely one-sided and desperate.”

At one point, Subway received a text from a contact named “Jared,” which it explained someone must’ve put in there as a joke.