NASA Announces Mars Is Not The Dry, Sexless Planet It Seems 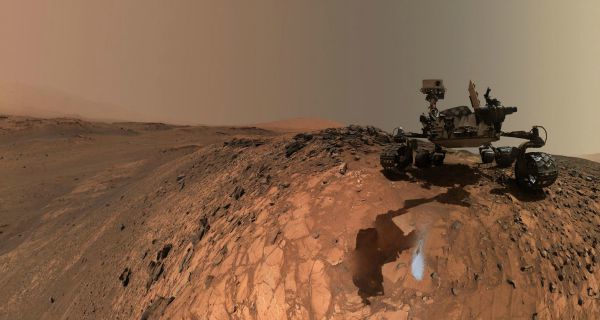 After scientists confirmed liquid water flowing on the surface of Mars, NASA announced that the red planet is not the dry, sexless globe they assumed it to be all these years.

“Whaddya know? Turns out the spinster might be capable of producing life,” said James L. Green, the director of NASA’s planetary science division. “We all thought her fertile days were long-gone, but apparently the old hag has still has some kick in her.”

“Whoever said, ‘Men are from Mars’ probably just mistook her for one,” said researcher Mitchell Liu.

Before the discovery, Mars seemed incapable of sustaining life due to its barren, dried up landscape. Its surface was once home to lakes, rivers, and an ocean a few billion years ago, but had since become hostile to life. Said Dr. Timothy Millis, a professor of planetary geology at University of Pittsburgh, “Mars would bite the dick off any life form that even tried to evolve.”

Others speculated that Mars seemed a little too content living with its two moons, Phobos and Deimos, while a few theorized that Mars may have gotten its hopes up about a primitive life form that never quite panned out.

“To be honest, imagining Mars producing life makes me want to gag a little,” said Dr. Millis, “but good for her, I guess.”

The discovery has brought new energy into the search for life outside of earth.

“Now, at the office,” said Dr. Green, “we have this joke where we say, ‘Mars is moist’ and then whoever laughs first has to wear a T-shirt that says ‘Pluto is a real planet.’ It’s harder than it seems.”