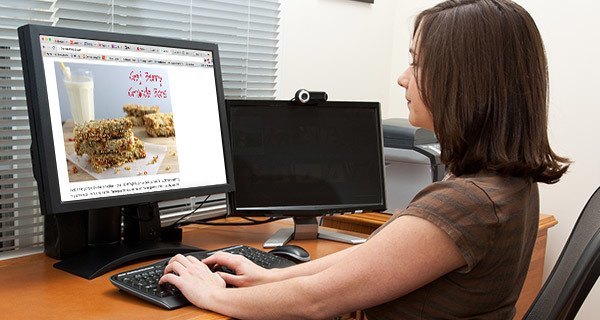 Despite a wealth of good intentions, a local woman’s battle with a reasonable, albeit delusional idea has finally come to an end.

Following a prolonged 47-day stay stalemate, Brittany Turner, 29, of Astoria, New York, has removed the “Goji Granola Breakfast Bars” recipe from bornandbread.com, which had piqued her interest after an article about super foods led her to Google “antioxidant breakfast bars fast.”

“I know how important it is to eat breakfast in the morning, but I’m always in a huge rush to get to work, so when I saw the recipe I was just like, ‘I have to make these,’” said Turner. “They looked so healthy! The granola, the fruit, all in those compact little bars… God, I just really thought I was gonna make it happen this time.”

The attempt at self-improvement was not Turner’s first, though it was her longest-running to date. Among countless recipes, IKEA hacks, and at-home workouts, an iPhone screenshot of a “DIY Honey and Yogurt Mask for Dry Skin” recipe comes closest to reaching her current level of self-deception. Though at only 21 days, it’s still a far cry away.

“I don’t really know what happened,” says Turner. “I figured if I just kept the tab open in my browser as a reminder and happened to notice it while I was motivated, then I would finally get started on them.”

“I think I was in denial or something,” Turner said. “The stupidest part is that I already had most of the ingredients in my apartment. I mean, except for the Goji berries and granola.”

In an effort to continue attempting to be motivated, Turner recently signed up for a Black Card membership at Planet Fitness, which not only grants her access to her home club by her train stop, but all franchise locations as well. This flexibility has allowed her to stretch her self-delusion even further, since working out during her lunch break in Manhattan or going to the gym while visiting her parents in Naperville, Illinois are both technically possible.

When asked if she plans to attend the gym, Turner replied, “Definitely. I mean, it’s right there.”