Scientists Just Discovered A New Species Of Spider, And It’s Got A Bone To Pick With Ashton Kutcher 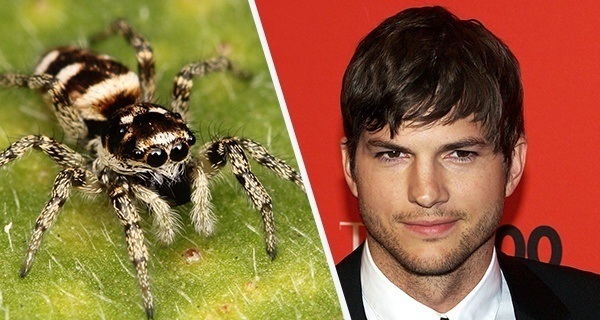 Earlier this week, a group of scientists discovered an entirely new species of spider living near the top of Kapok trees in the canopy of the Amazon rainforest. Perhaps most astonishingly, the spiders had worked together to produce a web that read, in both English and Spanish, “Please. Bring to us one Ashton Kutcher, the tall man with boyish charm who has worn a tuxedo, for it is with him we have a prodigious bone to pick.”

While most experts agree that this discovery is monumental, the occurrence has spurred much debate over whether the spiders’ message is coincidental or intentional. The origins of the tarantulas, which are striped, span approximately seven to ten centimeters in length, and hold Aston Kutcher in extreme contempt, are unknown.

At exactly midnight on the most recent full moon, top arachnologists from 16 nations watched in concern and bemusement as over 70,000 of the spiders congregated in a moonlit, razed tract of the Amazon. Once gathered, they formed a circle around the largest spider for a few minutes, then scattered and simultaneously jumped on the ground for a period of several hours, following an arrhythmic pattern that, miraculously, every one of the spiders seemed to know. After a review of video and audio footage, it was determined that the spiders were attempting to communicate, via Morse code, the following message:

“We wish to have words with Mr. Ashton Kutcher, of the state of Iowa. Our fangs possess venom, do not think otherwise. Ashton Kutcher, man of medium-budget comedies, must appear. We have eight legs each. Kutcher is the one we want, and do not forget. Bring Kutcher to us, yes, he, of Teen Choice Awards, the man who has kissed many women, the one who discoverred [sic] Dax Shepard. Bring them both, and let them wear trucker hats. Spiders.” 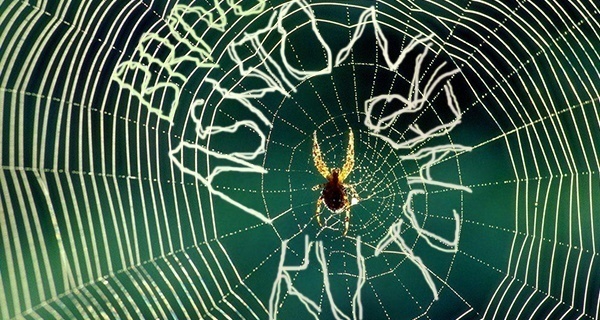 A spider demonstrates its sophisticated ability to summon Ashton Kutcher.

“For a while, we wondered whether this could be a prime example of the Infinite Monkey Theorem at work,” said lead scientist, Parul Gupta. “Except, like, if infinite spiders spin infinite webs, eventually one of them will angrily summon Ashton Kutcher?”

However, Gupta quickly conceded. “But, no, not twice in a row,” she said, exhaustedly rubbing her face with her hands.

Scientists do, however, agree that it is of the utmost importance to force a meeting between Kutcher and the spiders. “I think we owe it to the scientific community and the world at large to see what these spiders want from him,” said Gupta. “And if he doesn’t come willingly, he will be compelled to do so.”

“Honestly, I’m flabbergasted,” Kutcher said when reached by phone for comment. “And I’m terrified. I just had a daughter, man. I just married the woman I’ve been in love with since 1998. I feel like my life is just beginning. And now this comes out of nowhere. Is there… can we… are there… I dunno, can someone…?” he continued before falling silent for a long time.

“Why do they want Dax too?” he asked. “Are we getting Punk’d? Good lord, is this what it feels like? This is fucking crazy. Please help me.”