Zoo Declines To Name Newborn Panda, Doesn’t Want To Get “Too Attached” 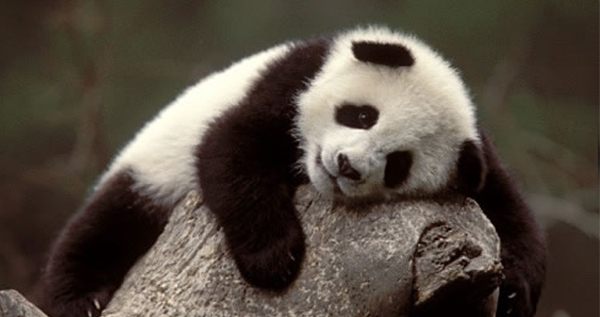 The Cincinnati Zoo has announced that their panda, an eight-year-old female named Tau Lin, gave birth to a male cub yesterday. Zoo officials have declined to name the cub at this time, stating that they plan to see if the newborn actually survives before they get too attached.

Zoo spokesman Dave Harris defended the controversial stance, saying, “do you know how hard it is to keep these animals alive? Slaughterhouses have a better track record than we do.”

Though some zoo patrons might be saddened by the noncommittal response, Harris went on to explain, “we have animals living in drastically different environments than the ones they came from. We have twelve bird species that will die if you breathe on them wrong. Last year one of our chameleons drowned in his water dish. In less than half an inch of water. The fact that his name was Rango made it so much worse.”

Other zoo employees were quick to agree. “Keeping some emotional distance is just one of the ways we cope with stress,” said longtime keeper Jessica Trott. “Other ways include smoking, binge eating and keeping a flask in your locker. When we found out Tau Lin was pregnant, half the staff gained 15 pounds, and then started smoking to curb their cravings.”

Despite the lack of enthusiasm over the birth of one of the most endangered animals on the planet, Harris insisted that the zoo’s newest addition would receive only the best of care. “We’ll treat the little guy like you’d treat a very expensive piece of furniture. Sure you’d get upset if it got ripped or scratched or crushed by its 200-pound mother, but it wouldn’t feel like end of the world.” He went on to say that they plan on naming the cub if and when he makes it to his first birthday.

He specified that in the unlikely event the cub does make it to his first birthday without starving, drowning, or contracting a previously unknown disease, the zoo will be deciding on a name internally. Harris made it clear there would be no naming contest open to the general public, saying, “if this thing is still kicking in a year, we’re not naming it Panda McPandaface, I’ll tell you that right now.”